RIZIN TRIGGER 2nd, which takes place on February 23, 2022, has had five MMA fights and three kickboxing bouts added to its card. In addition, RIZIN Landmark Vol. 2 on March 6 has had three fights revealed.

Among the additions to the February TRIGGER 2nd card, Akira Okada (16-8-4) will make his second appearance under the RIZIN banner when he faces Takumi Suzuki (10-6), who will be making his promotional debut. The lightweight match-up sees Okada, a Shooto and Pancrase vet, looking to build on a three-fight win streak.

The newly set MMA match-ups for RIZIN TRIGGER 2nd are:

The card, which takes place in Shizuoka, Japan, will be headlined by a featherweight contest between former KSW featherweight champ Kleber Koike, and ex-UFC fighter Ulka Sasaki.

The match-ups attached to the card to date are:

Per a press release quoting RIZIN CEO Nobuyuki Sakakibara, it has yet to be determined whether the Landmark Vol. 2 event will be held using a cage or ring. That’s due to venue size, with the promotion still working to see if their cage can be adjusted to suit the facility.

RIZIN Landmark Vol. 2 is listed as being held at a “Discreet Location,” and can only be watched via a live stream. 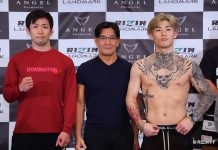 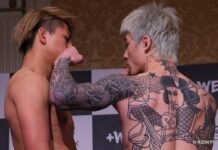 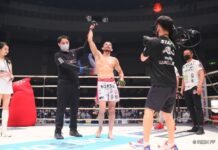