Fighting, for some, is the family business. Be it a second generation fighter like Lance Gibson Jr. or Ray Cooper III following in his father’s footsteps, or a husband and wife pair like Paige VanZant and Austin Vanderford. But over the years, siblings have stood out more than any other familial tie when it comes to MMA.

We all know at least a few of the famous siblings who have made an impact in the MMA world. Among them are the Nogueira brothers, Diaz brothers, Shamrock brothers, and the Pitbull brothers. You also have the Lima brothers, Shevchenko sisters, Miller brothers, and a whole lot more. Recently, Orion and Louis Cosce fought their way into the UFC by way of the Contender Series. The Daukaus brothers fight there as well.

The most well-known siblings out there today arguably aren’t fighting for the UFC nor Bellator, however, but instead for ONE Championship. Angela (10-2) and Christian (15-4) Lee have been tearing it up in ONE Championship for the last six years. First, it was Angela that made her debut for ONE; a few months later Christian joined her, with the pair quickly becoming key players in the company. A year after Angela Lee made her debut, she captured the ONE atomweight title. It took Christian a little bit longer, but he won the ONE lightweight title in 2019. Today, Angela is still the champ, while Christian just recently lost his title in a very close decision loss.

The Lee siblings have been a major staple and the face of ONE Championship for years. To make matters worse for the competition now the pair’s younger sister, Victoria Lee (3-0), has joined them and is thriving in MMA. Victoria made her MMA debut that was for ONE last year and she went three for three in the year.

What other standout sibling fighters are out there in terms of MMA prospects? Let’s take a look. 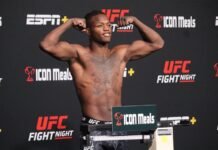