Last week was a weird week in MMA, to say the least. Professional pillow fighting news, Sean Strickland showing off a barren apartment like it was MTV’s Cribs for the downtrodden, and a 43-year old heavyweight announced to appear on TUF 30.

MTV’s Cribs was… well, a pretty dumb product of its time. But it was still far more entertaining than whatever Sean Strickland was trying to do, as he gave fans a tour of his Las Vegas apartment ahead of a main event fight against Jack Hermansson at UFC Fight Night 200.

Look, fighter pay in the UFC remains an issue… but we’re pretty sure Strickland could do better than this.

Just what the hell was going on backstage at UFC 270 that prevented Dana White from putting the belt on Francis Ngannou? That’s what Al Iaquinta wants to know.

For those that missed it, White was nowhere to be found when it was time to put the belt on Ngannou, instead leaving it to matchmaker Mick Maynard. The UFC President then skipped the post-fight press conference. That led many to suggest it was a slight on the part of White, due to Ngannou sticking to his guns in their ongoing contract dispute (Ngannou fought out his current deal when he defeated Ciryl Gane to retain the UFC heavyweight championship).

White would later counter that he had to deal with some sort of emergency backstage, calling anyone who doubted his intentions idiots.

Iaquinta, who recently announced his retirement, appeared on The MMA Hour with Ariel Helwani a few days back, and expressed, well, doubts. “What the hell was going on in the back!” Iaquinta questioned (h/t Bloody Elbow). “What was going on? Who was in the back? Ariel, we’ve gotta find out. I want to know what happened, I need to know. That must have been something crazy going on back there. It must have been a fight. Someone else must have fought back there. … Something must have happened. We’ve got to find out what happened.”

When it was suggested White just didn’t want to put the belt on Ngannou, Iaquinta jokingly replied “Nah, it couldn’t be that.”

Former UFC heavyweight and light heavyweight champion and Hall of Famer Randy Couture knows what it’s like to butt heads with the promotion. “The Natural” went toe-to-toe with the UFC back in 2007/08, engaging in a 13-month legal battle to extricate himself from the promotion’s grasp. At the time, Couture had his sights set on a fight with Fedor Emelianenko; after a protracted back-and-forth, fighter and promotion eventually settled. Couture wound up back in the UFC, and later stated that his age had a lot to do with it.

“I settled because I was 45 years old,” he told MMA Junkie back in 2016. “They were going to drag it out as long as they could and basically try to bankrupt me. I’d already spent $500,000 of my own money to pursue getting away and being able to make the biggest fight of that time happen.”

Couture sees a courtroom in Francis Ngannou’s future. “The Predator” fought out his deal at UFC 270 and has stuck to his guns in a heated and at times public contract dispute with the UFC. Ngannou has stated he’ll no longer fight for $500,000 or $600,000 dollars, and wants the option to pursue a boxing match with Tyson Fury.

The UFC? Well, they don’t want to pay more than they have to, or lose their vice-like grip on a fighter who, like all other UFC athletes, is technically an “independent contractor,” if in name only.

“Francis is gonna find himself in a very similar situation [to his own],” Couture said on The MMA Hour this week. “If he tries to walk away, and say the contract ended here, they’re gonna contest that, they’re gonna drag him into court, gonna force him to spend a bunch of money on lawyers and stuff that he’s not gonna wanna do.”

If ever there was a controversy that wasn’t, it’s the current dust-up regarding Joe Rogan, Spotify, Neil Young, etc.

We haven’t covered it here on Cageside Press because, frankly, it has zero to do with MMA and everything to do with the politicization of the pandemic — which, regardless of what side of the aisle you’re on, is shameful and embarrassing. A public health crisis is no time to play politics, but here we are.

Of all people to hit the nail on the head, though, Chael Sonnen? Sonnen has a gift for gab, is a shameless self-promoter, and generally, you shouldn’t trust anything he says. He’s sheer entertainment, but he’s got the Rogan situation down: the current Rogan backlash has less to do with The Joe Rogan Experience featuring a small handful of controversial guests, and is more to do with Rogan putting his support behind Bernie Sanders, then saying he’d vote for Trump over Biden.

Whoa, @ChaelSonnen, did you come up with this 100% accurate analysis of Joe Rogan’s situation on your own or did your favorite journalist help you? 🤓 pic.twitter.com/0NbyjKIann

Per Chael, “One side has claimed [Joe Rogan] as their own. They’re wrong. He’s not with them. And one side is fighting against Joe. They’re wrong too.”

That has a certain ring of truth to it. The right began championing Rogan because he chose Trump over Biden, but then, it’s easy to forget his strong support of Bernie. The left began painting Rogan as the enemy, because he tends to have a wide spectrum of guests that includes the scientific fringe and right side of the political spectrum, but mainly, because Trump.

However, none of that should even matter, nor does it excuse the chilling effect that disingenuous “boycotts” have on a free and open media. Neil Young is free to pull his music from Spotify, but most people jump on these boycott bandwagons based on skimming headlines, and are essentially just exhibiting tribal behavior, trying to hurt the “other side” by targeting the platforms and advertisers behind them. Meanwhile, the cable news world fears Rogan, because frankly, he’s bigger than they are. So they’ll get behind any controversy that might bring him down a peg or two.

And that’s (hopefully) the last we’ll say on the subject.

How is this even a thing? Former UFC fighter Markus Perez tried his hand at professional pillow fighting recently… in a Joker vs. Joker battle. For the record, Perez and the Heath Ledger Joker is the better incarnation of the character. As for pro pillow fighting… if you’re getting paid to do this, more power to you.

You don’t need both hands to kick, that’s for sure. Marney Maxx is Brazil’s answer to Nick Newell, and while he doesn’t appear to have the ceiling of Newell, he managed to grab headlines with this head kick KO of the now 0-2 Deivid Costa. Maxx improved to 4-4 with the win.

If you can win 50% of the fights you’re in while fighting with just one hand, you’re doing something right.

Bobby Maximus Is Back

Remember Bobby Maximus? No? We don’t blame you. Maximus, given name Rob MacDonald, is a Canadian mixed martial artist who competed on The Ultimate Fighter 2 in 2005. Over 15 years later, he’s set to return as part of The Ultimate Fighter 30 — now just 43 years young, and not having fought professionally since 2009.

Maximus finished his career with a 5-4 record, went 1-2 in the UFC in 2006, and his addition to the TUF 30 cast is so far out of left field, Ted Williams couldn’t have caught it. 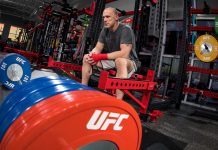 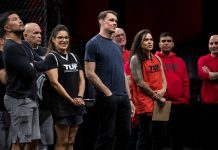 Road to the Rematch Kicks Off The Ultimate Fighter 30

T.J. Brown Making More Money Just to Show At UFC Vegas 57 Than In...