A pair of knockout artists will collide at a UFC event in March.

It's official. Karl Roberson (@karlbabyk) will take on Khalil Rountree in a light heavyweight bout on March 12. ✨ #GP pic.twitter.com/hRtxQx8wC9

Rountree (9-5-1) snapped a two-fight losing streak in his last outing when he finished Modestas Bukauskas with an oblique kick. It was the first time that an oblique kick was used to finish a fight in the promotion. Prior to his win over Bukauskas, the 31-year old lost a controversial decision to Marcin Prachnio at UFC 257 to kick off his 2021.

Roberson (9-4) will need a win in March as he could be fighting for his job. “Baby K” is currently riding a two-fight losing streak. In 2020, he was submitted by Marvin Vettori, and then in his only fight in 2021, Brendan Allen submitted him via ankle lock. Roberson was scheduled to fight Nick Maximov at UFC 266; however, he had to pull out of the fight. Roberson will be returning to light heavyweight for this bout; he fought current light heavyweight champion Glover Teixeira in 2019 but returned to middleweight afterwards.

The UFC’s March 12, 2022 event will take place at the UFC Apex in Las Vegas; no broadcast plan has been announced. 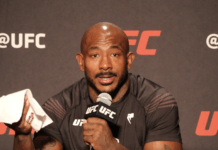 UFC Vegas 50’s Khalil Rountree Jr. Gives Hope To Anyone That Is Struggling: “Your Life Matters” 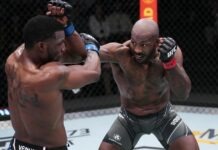