Rozenstruik (12-3) and Tybura (22-7) will both be looking to get back in the win column as part of the UFC’s February 26, 2022 Fight Night event. Cageside Press confirmed the match-up following an initial report by Marcel Dorff.

Ranked #6 in the heavyweight division, Rozenstruik has been trading wins and losses since late 2019. He’s 3-3 in his past six fights, with wins over Alistair Overeem, Junior Dos Santos, and Augusto Sakai. In that same stretch, “Bigi Boy” has come up short against Francis Ngannou, Ciryl Gane, and Curtis Blaydes.

Of course, two of those fighters, Ngannou and Gane, now hold gold in the UFC, with a title unification bout set for UFC 270 later this month.

Rozenstruik’s opponent come February 26, Marcin Tybura, recently had a five-fight win streak snapped when he lost a unanimous decision against Alexander Volkov this past October. Prior to that, Tybura had claimed wins over Ben Rothwell, Greg Hardy, and Walt Harris, among others. That run, which included four wins in 2020 alone, had Tybura looking like a real threat in the division, and put his name in the running as the most improved fighter in the promotion.

The February 26 event, numerically UFC Fight Night 202, is expected to take place at the Apex in Las Vegas, Nevada. A lightweight showdown between contenders Beneil Dariush and Islam Makhachev is set to headliner the card. The following bouts have been reported thus far: 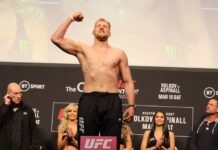 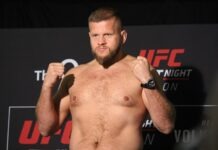