A pair of UFC women’s bantamweights will collide in February.

On Wednesday, Iridium Sports Agency revealed that their new client, Jessica-Rose Clark, will fight Stephanie Egger on February 19 at a yet-to-be-announced UFC event. Clark would confirm the fight on her own social media and announce that she had signed with Iridium Sports, leaving Ruby Sports.

Clark (11-6) returned from a year layoff due to a torn ACL in October, defeating Joselyne Edwards via unanimous decision. “Jessy Jess” is riding a two-fight win streak since losing her return to the bantamweight division in 2019.

Egger (6-2) picked up her first UFC win in her last outing. She finished Shanna Young at UFC Fight Night: Santos vs. Walker via TKO. In her UFC debut, she lost to top prospect Tracy Cortez via unanimous decision, taking the fight on short notice.

The UFC’s February 19, 2022 event does not have an official location, venue, or broadcast plan announced, though the UFC recently applied to host several dates at the Apex in Las Vegas. Additionally, no main event has been announced for the event.

The following fights have been reported for the event: 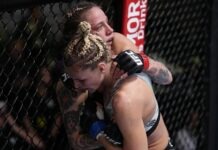 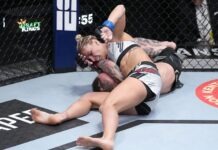 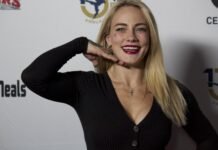