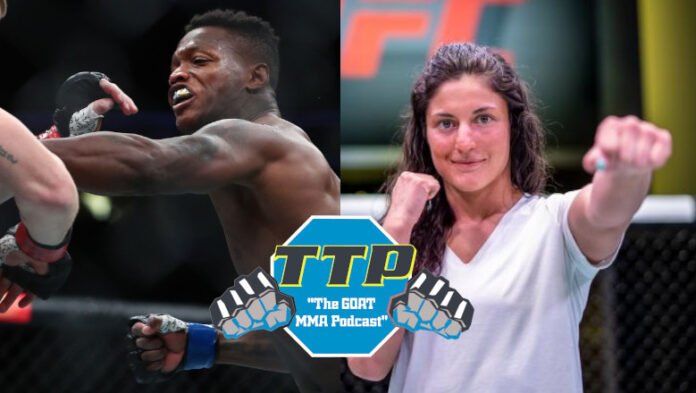 To kick off the 300th edition of the Top Turtle MMA Podcast, we’re chatting with Terrance McKinney. He discusses the huge turnaround in his career and how he always knew it was coming. He also shares the secret behind where he found his power this past year. With four wins in just under two minutes this year – he’s got a reasonable claim. Plus, McKinney is talking all things UFC Vegas 43. From getting a chance to pick up a fifth win to fighting a striker like Fares Zaim – he’s got it all for you in this interview.

After the guys went all in on Joel Alvarez last week, they’re back to give you even more winning picks. Alvarez, last week’s “Dog of the Week” was betting off at +200, but this week’s UFC Vegas 43 pick is an even bigger dog. Check out who it is and why they like him. Plus, if that’s not enough for you, they’ve got their picks for the top three fights of the card and a parlay that only includes fighters from one gym. If you’re not tailing Gumby and Shockwave lately, you’re missing out on free money. Come get your wallet fat.

Finally, we end this milestone show with an interview with Lupita Godinez. She’s the most active fighter in the UFC as of late. She famously fought twice in seven seconds, and now follows it up with a third in just forty-three days. Despite taking a loss in her last fight, Godinez has no regrets with her choice to take so many fights. That’s part of why she felt so good about another short notice attempt at UFC Vegas 43. She also breaks down that fight with Loma Lookboonme.