A pair of lightweights will be looking to continue their win streaks when they meet at UFC 271 this February.

Meni Mayer of MMA Ideas was the first to report that Mark O. Madsen will fight Vinc Pichel at the second PPV event of 2022. A source close to the situation subsequently confirmed the fight to Cageside Press.

Madsen (11-0) returned from a year layoff and a bunch of horrible luck to defeat Clay Guida via split decision in the co-main event of UFC on ESPN: Cannonier vs. Gastelum. The former Olympian is 3-0 in the UFC with wins over Danilo Belluardo and Austin Hubbard. At 37-years old, the Danish fighter is very close to a top 15 match-up. 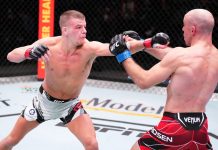 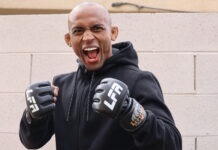