UFC light-heavyweight champion Jan Blachowicz is looking to add to his title reign but the resilient Glover Teixeira looks to seize his last best chance to win gold at UFC 267.

That legendary Polish power is no joke 😳

It is easy to forget that Jan Blachowicz is 38 years old.  It is easy to forget that he has been a professional since 2007.  It is unfair that he is turning in some of the most impressive performances of his career at a time when it feels like Father Time could catch up to him at any moment after he has finally reached the sport’s summit.  Make no mistake, Blachowicz is at the top of the game at a time when the light heavyweight division is finally experiencing the type of turnover that has eluded it for most of the past decade.  The only thing that remains to be seen is whether or not he can maintain this level against elite competition long enough to write his own notable chapter in the history of 205 pound champions.

His current five fight win-streak only looks better as time goes on.  His 2020 victory over Corey Anderson who now looks poised to possibly win the Bellator Grand Prix has aged like fine wine.  His March victory over reigning UFC middleweight champion Israel Adesanya speaks for itself as a testament to his skill level.  While his upcoming foe may appear to be on his last hurrah, it would nonetheless be a great feather in Blachowicz’s cap and set up a run where he is expected to fight the likes of Jiri Prochazka and Aleksandr Rakic that would establish him as one of the top talents in all of mixed martial arts.

Glover's got dynamite in those hands 🧨

Not long ago, the time for Glover Teixeira to reach this point appeared to have come and gone.  In 2018, the former title challenger was at the end of a 3-3 skid and it looked like he was nearing the end of a run that previously saw him establish himself as one of the top light heavyweights in the world.  The twenty fight win-streak he had accumulated to reach his championship match with Jon Jones was long long into the rear-view mirror.  His fall from the top of the division appeared to be the natural nature of sports taking place before our eyes as it seemed the competition and age had simply caught up to him.

Instead, 2019 saw the beginning of what became an amazing five fight win-streak.  He turned back Ion Cutelaba, Nikita Krylov, and Karl Roberson to reestablish himself as a top contender.  In 2020, he looked nothing short of fantastic in outlasting former title challengers Anthony Smith and Thiago Santos, rallying back to finish both fights after facing strong starts from both men.  The run was enough to lock in a title shot where Teixeira will attempt to become only the second fighter in UFC history to win a championship in their in their 40s.  While he has not given any indication that such a victory would be enough for him to sail off into the sunset, it would be hard to script a better career finale should he choose it.

Teixeira’s best route to victory will be to push Blachowicz to the fence as long as possible, neutralizing the threat of his reach and movement.  While the champion is an adept all-around martial artist, Teixeira is expected to have the edge if he can get the fight to the mat where he can use his respected grappling attack.  Blachowicz is expected to have his best success in the middle of the cage where he can use his full arsenal on the feet.

This one is for ALL of the marbles 💥

The UFC appears to be all in on former RIZIN title holder Jiri Prochazka getting the next shot at the title following his May victory over Dominick Reyes.  Riding a 12 fight win-streak, he has quickly become must-see television and a fight with Blachowicz in particular would do great business overseas considering the close proximity of their native countries of Poland and the Czech Republic. 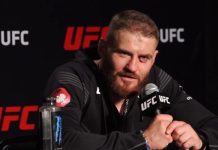 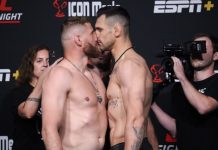