Last week, Liddell was arrested after a verbal argument with his wife, professional poker player Heidi Northcott, turned violent. However, per a new report by TMZ, although the argument did turn physical, no serious injuries were incurred. That has led to the decision not to pursue charges.

Further, while Liddell himself did show signs of physical violence, no marks were found on Northcott, according to investigators. The couple’s daughter reportedly witnessed her parents shoving each other, but it seems the altercation stopped there.

The report of Liddell showing visible injury while his wife did not would seem to be consistent with a statement “The Iceman” made following the incident. In that statement, Liddell confirmed that sheriff’s deputies had attended his home following reports of a disturbance, but that he was the victim in the incident.

The former UFC champ went on to state in regards to his wife that “This is one of the many times I have tried to shield a family mental health issue from the public purview. It has become painfully apparent that this cannot continue, as our private life has now reached a public breaking point. Please respect our privacy as I help to navigate our family through this difficult time.”

Just days after the incident, Liddell filed for divorce. 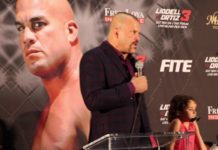 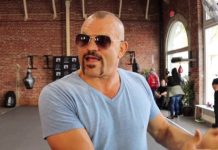