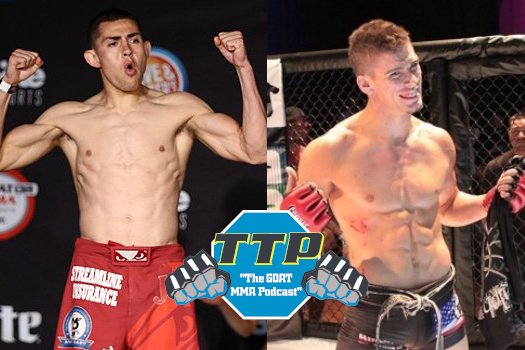 To kick off the show this week, Steve Garcia Jr stops by to discuss his UFC Vegas 39 fight with Charlie Ontiveros. He talks about why he likes that match-up and why he thinks it should yield a bonus in some way, shape, or form. Also, he talks a bit about how he wound up with the nickname “The Mean Machine” despite being a pretty laid back guy. He also shares his thoughts on a lot of other subjects such as his long amateur career, taking his first UFC fight on short notice, and his long layoff.

Each and every week Shockwave and Gumby are dishing out their picks for you, and this week is no different. The guys bring you all you need to know about some of the top fights on this week’s UFC Vegas 39 main card. Plus, as always, they dig into the parlays and the underdogs that you should keep an eye on if you want to make your wallet fat this upcoming weekend. It’s the quickest and easiest preview on the market, so don’t waste your time – listen to it now.

Finally, we close out the episode by talking to our first guest’s opponent, Charlie Ontiveros. While the two of them will be fighting, they actually have quite a bit in common. Ontiveros discusses his long layoffs, which mirrors Garcia’s. He also talks about taking a short notice fight to get into the UFC, and doing so up a weight class. And speaking of weight classes, Ontiveros shares some wild stories about how he just can’t seem to keep weight on. In fact, before his fight with Kevin Holland, he actively tried to put weight on. Plus, he’ll share his thoughts on the fight with Garcia at UFC Vegas 39.