One of the most electrifying fighters to enter the UFC octagon has retired from MMA.

The former UFC interim welterweight champion fought 19 bouts inside the octagon, and was also the WEC welterweight champion from 2007 to 2008, defending that title three times prior to World Extreme Cagefighting’s larger weight classes being merged into the UFC in 2009 (the entire promotion would later be absorbed in 2010).

Condit would lose his UFC debut in 2009, against Martin Kampmann. He would then go on a five-fight tear, earning wins over Rory MacDonald, Jake Ellenberger, Dan Hardy, and claiming interim gold against Nick Diaz. In a title unification bout with Georges St-Pierre in 2012, Condit would hurt the legend early, but ended up losing a unanimous decision.

“The Natural Born Killer” would earn a second title shot against Robbie Lawler in 2016 at UFC 195. He’d end up losing a close decision that many scored the other way. That loss was followed by four more, and suggestions that Condit’s fighting career was done. Condit himself fueled retirement rumors, openly talking about walking away from the sport. He would not fight again for nearly two years, but in 2020 and 2021 put together back-to-back wins over TUF champ Court McGee and fellow legend Matt “The Immortal” Brown.

Overall, the always-entertaining Condit exits the sport with a 32-14 record, and championships from two major promotions. He also claimed seven post-fight bonuses in the UFC, and all but four of his wins came via stoppage. 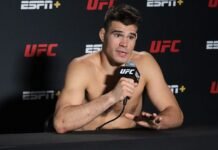 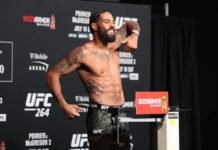 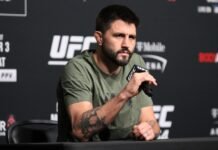