UFC legends Anderson Silva and Vitor Belfort reigned supreme in the boxing ring, and it appears more pugilists and social media celebrities may be on their radar going forward.

Saturday night sure did feel like 2011 all over again.  Ten years after Anderson Silva and Vitor Belfort collided for the UFC middleweight championship, the two Brazilian legends appeared at the same event once again.  This time, it was the Triller boxing ring, where Silva stopped fellow UFC Hall-of-Famer Tito Ortiz in the first round while Belfort had his own dominant stoppage over the legendary Evander Holyfield in the main event.

So what comes next?  Considering that both men are in their mid-forties, the time is now to get the biggest fights possible in the shortest amount of time.  Vitor Belfort threw down the gauntlet, calling for a bout with viral YouTuber turned pugilist Jake Paul— with Triller CEO Ryan Kavanaugh offering up a $30 million purse if Paul accepts the challenge.

To throw a bucket of cold water on the situation, such a scenario is now more complicated than it was several months ago.  Paul is no longer with Triller, and in fact signed a deal to compete exclusively on Showtime.  It’s not impossible for the two to still meet, but it would require large financial concessions on both the Showtime and Triller sides to promote the fight.  Belfort may be able to go to Showtime without Triller’s multi-million dollar paycheck offer behind him, but is it worth it without the pay?  If not, Paul is not without options and has already mentioned his interest in Tommy Fury next.

That would turn Belfort, and Silva’s attention possibly, to previously discussed foe Oscar De La Hoya.  “The Phenom” said throughout the week that he and “The Golden Boy” have unfinished business, and a fight between the two still pits fighters with notable followings together.  As De La Hoya recovers from his brief bout with COVID-19, an early 2022 match-up could be possible.

Silva is somehow both the closest and the furthest to a bout with either Paul brother.  Notably, his own success may be what hurts his chances.  Belfort was stopped in his last MMA bout in 2018, and in hindsight Holyfield should not have been in the ring with him on Saturday.  Silva by comparison has looked as if he has discovered a fountain of youth in routing former boxing champion Julio Caesar Chavez Jr and demolishing Ortiz.  Considering his larger frame, his skills and experience may be a challenge that either Jake or Logan feel is too great if an equally lucrative but less dangerous opponent is available.

Could Silva and Belfort fight each other once again?  That is certainly an intriguing possibility.  But at this stage of their careers with other options available, revisiting the bout figures to be low on their list.  With large paydays or more interesting competitive challenges in the boxing realm, even the combat sports world may decide that their exciting rematch is one they’d discard in lieu of other fights. 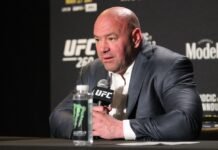