Browne, speaking to UFC President Dana White on the heavyweight’s own Tough Business podcast, seemingly came to the defense of his boss (or is it former boss?) after weeks of headlines regarding UFC athletes struggling to make a living.

“You guys have always treated me right,” Browne said (h/t MMA Fighting). “The pay has been there, and again, it’s always been at least what the contract was, and most of the time it was more. So these people that are complaining, people in the media that don’t f*cking hear that they hear the little b*tch that’s crying and complaining. Because you get these, like, entitled people. Or I don’t know where the f*ck it comes from.”

Everyone from former champion Miesha Tate to Cheyanne Buys to recent main event fighter Jared Cannonier has spoken up about fighter pay over the summer. Through numbers revealed during an ongoing anti-trust lawsuit against the Ultimate Fighting Championship, it has been revealed that athletes under the UFC banner see less than 20% of the promotion’s revenue paid out to them. In comparison, leagues like the NHL, NFL, and NBA hover around 50%.

Browne (18-7-1) has not competed inside the octagon since a 2017 loss to Aleksei Oleinik. That defeat marked his fourth straight in the promotion, three of the four coming via stoppage. Overall, Browne posted a 9-7-1 record in the UFC, though he has never officially announced his retirement. The heavyweight is married to former UFC women’s bantamweight champ Ronda Rousey, one of the most popular fighters in promotion history — and one of the highest paid. 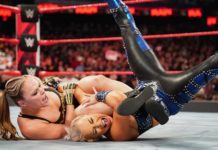 End of the Line: UFC Heavyweights Who Should Call It A Career 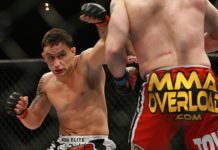