ONE Championship Chairman and CEO Chatri Sityodtong has revealed three title fights for the newly announced Revolution on September 24.

BREAKING NEWS: Get ready for an explosive night of crazy action on September 24 with ONE: Revolution and its 3 world championship title fights! Stay tuned here for the full fight card shortly! BOOM!!! pic.twitter.com/31vyhVL8HC

The card is expected to air live from ONE’s base of operations in Singapore. Headlining the event will be lightweight champion Christian Lee (15-3), looking to make his third title defense against Ok Rae Yoon (15-3).

Both fighters are currently riding impressive win streaks into the fight. Lee, 23, has won six straight fights, over names including Shinya Aoki and Timofey Nastyukhin. During that span, he captured the lightweight title, won ONE Championship’s lightweight grand prix as a short-notice replacement, and has successfully defended his belt twice.

The other MMA title on the line at Revolution will be the strawweight belt. The championship fight will see Joshua Pacio (17-3) looking for his third consecutive title defense against Yosuke Saruta (21–9–3). Pacio and Saruta have met twice previously, with each holding a win over the other. Both of those meetings came in 2019 title fights.

Saruta has won two straight since losing his title via head kick to Pacio in their second meeting.

The other title fight announced for ONE: Revolution on Tuesday will see Capitan Petchyindee Academy defending his bantamweight kickboxing title against Mehdi Zatout. 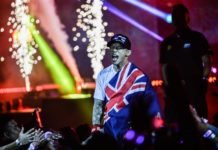 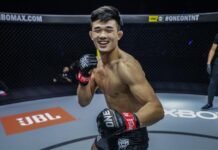 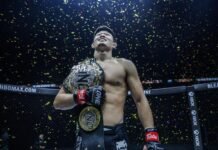 ONE Championship’s Christian Lee: “This Is Just the Beginning for Me”