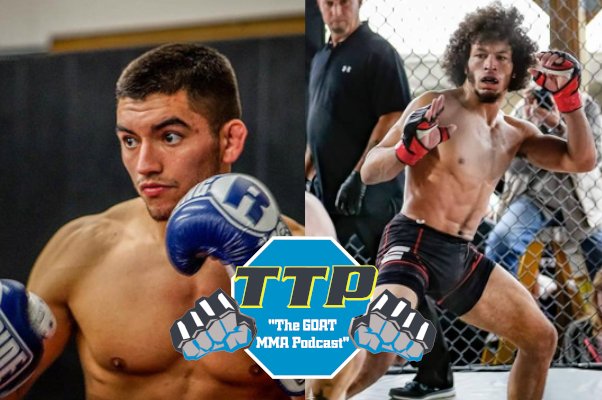 Kicking off this episode of TTP, Johnny Munoz Jr stops by to discuss a number of topics. First, he dives into picking up the first loss of his career in a short notice fight with Nate Maness. He shares how he feels sport jiu jitsu has helped him with the mental aspect of overcoming losses and how he feels like he hasn’t taken a step back at all. Then, he discusses the upcoming fight with Jamey Simmons at UFC 265. He sees plenty of advantages for himself in this fight and is envisioning a big finish to get himself in the win column.

While the big title fight didn’t make it to fight night, another title fight did (at least sort of). We’ll be breaking down the weirdness that is Cyril Gane vs Derrick Lewis and chatting about whether Lewis stands a chance to land that big blow. Plus, we’ll be breaking down Aldo/Munhoz and Chiesa/Luque as well. Then, we’ll give you some plus-money picks to get your wallet fat. Both an underdog and a nice parlay are on the slate, so make sure you come see what Gumby and Shockwave have cooking.

This week’s episode closes out with an interview with Johnny Munoz’s opponent, Jamey Simmons. He shares the details of his rough injury that pulled him from their first fight and tells of what the recovery looked like. Then he talks about not only getting a full training camp for the first time in the UFC, but having it for the same person he last prepared for. Jamey thinks he and Johnny have quite a few similarities in the way they fight and predicts a fun fight to watch. You’re not going to want to miss it kicking off UFC 265.