Less than 48 hours following news of the fight’s cancellation, the heavyweight bout between Chris Daukaus and Shamil Abdurakhimov has found a new home.

On Tuesday, UFC officials announced via press release that the former UFC Vegas 33 co-main event would join UFC 266 in September. The bout, originally scheduled for this Saturday, was pulled following a withdrawal by Abdurakhimov.

That left Daukaus incensed. “A guy who’s had two years of rest felt too weak to fight. Pull him from the rankings and give me his spot,” Daukaus proclaimed on social media.

While he won’t be gifted Abdurakhimov’s spot, Daukaus (11-3) will have a chance to fight for it. Undefeated thus far in his UFC run, Daukaus has won four straight, with three of those wins coming inside the octagon. Most recently, the 31-year old finished Aleksai Oleinik by TKO. Daukaus has also earned back-to-back Performance of the Night honors.

Abdurakhimov (20-5) has not competed since a September 2019 loss to Curtis Blaydes. With the UFC since 2015, the heavyweight from Dagestan, Russia has posted a 5-3 record inside the octagon. Prior to his loss to Blaydes, Abdurakhimov had won three straight. 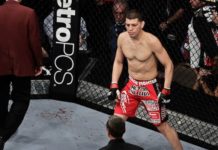 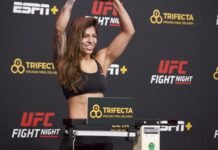 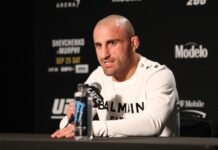