Report: Anthony Pettis has been forced to withdraw from his bout against Alex Martinez at PFL 4 due to illness. Natan Schulte will now face Martinez in his place.

Former UFC champion Anthony Pettis is out of his fight with Alex Martinez at PFL 4 tomorrow, with sources citing illness as the cause.  Ag. Fight was first to report the news.  As a result, two-time champion Natan Schulte will now face Alex Martinez on the main card in his place.  Pettis has already been rescheduled to fight Schulte’s original opponent, Raush Manfio, on June 25.

Pettis, who noticeably seemed fine during yesterday’s press conference, was looking to bounce back after being upset by Clay Collard at the Season 3 premiere back in April.  Despite the setback, Pettis’ star power had put him on the main card again going into Thursdays event while Collard would be headlining the prelims.

Schulte, like Pettis, will need a victory in order to stay in the tournament as the two-time champion was upset by Marcin Held at the same season opener. The Brazilian had been undefeated across the first two seasons with nine victories under the PFL banner before being upset by Held.  Per the PFL’s tournament format, neither Pettis nor Schulte earned points towards moving towards the playoffs after losing which means another loss would eliminate them from the tournament.

Alex Martinez will be looking to maintain his undefeated record after already notching a split-decision victory in his own season opener against Loik Radzhabov in April.  The Paraguayan went a perfect 7-0 before being signed to the PFL for the current season. 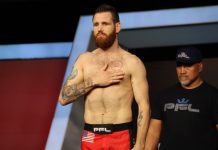 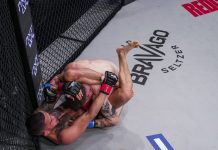