The amateur scene often gets overlooked, but it’s worth keeping an eye on some of the top talent, who could some day make an impact on the biggest stages of MMA. With that in mind, we’ve got five more amateur prospects to watch out for in 2021 in part three of our Amateur MMA Roundup!

Fighting out of Wynne, Arkansas, US
Fighting currently at the age of 17
Training out of The House MMA Academy
A record of 4-0
Three finishes (2 KO/TKO’s, 1 Submission)
Combined opponents’ record: 8-1
Best win: Cameron Hill (8-1)

Burmingham is still a super young kid at only 17-years-old. While he’s nowhere near his full potential, his ability to catch attention speaks volumes. Burmingham has competed in various grappling contests and it’s by far the main focus in his MMA fights. The young man is a serious jiu-jitsu specialist. Comfortable going to his back, he’s extremely flexible and ultra dangerous just throwing his legs up and attacking submissions. Burmingham has a lethal triangle choke which seems to be his favorite tool. If he doesn’t force guys to tap in the triangle he will land elbows and hold them in the position making life difficult. Of all the amateurs I’ve watched Burmingham is one of the best grapplers I’ve seen. He’s the 125-pound submission hunter champion, a five-time world champion, and a ten-time national champion.

At just 21-years old, Zoula has some good experience as an amateur, which leads me to believe he’ll find success as a pro. He’s proven to be well-rounded, has a deep gas tank, and a clear understanding of what to do in a fight. On the feet, Zoula fights behind long strong kicks going to the legs and the head. He’s good at mixing in kicks behind punches and takedowns, and hiding his shots behind strikes. Once on the mat and on top he’s going to dominate with top position. Most of the time Zoula will hold position and just land short strikes and slowly transition. Zoula will do a fine job on standing up in the guard landing ground and pound and throwing the legs to the side getting into side control. Zoula has tons of potential.

Fighting out of Bowling Green, Kentucky, US
Fighting currently at the age of 24
Training out of Nashville MMA
A record of 5-1
Three finishes (3 KO/TKO’s)
Combined opponents’ record: 7-8
Best win: William Conner, Jr. (3-3)

Overstreet definitely looks like a fighter that has a high ceiling. “Lord” did wrestle in high school and was a state qualifier. He earned a scholarship to compete for Western Kentucky and played there for four years and was the captain of the team. I hate that Oversteet has that six-second knockout loss on his record but I feel more times than not Overstreet wins that one. On the feet, Overstreet fights at distance very well with a long jab and powerful kicks. He will also chew guys up in the clinch with knees and has solid control. He has decent wrestling and does have good ground and pound. I’d like to see him keep his hands up higher and his takedown defense needs to improve but he is a super talented athlete.

Fighting out of Colorado Springs, Colorado, US
Fighting currently at the age of 28
Training out of Warrior Fitness Center
A record of 5-0
Four finishes (1 KO/TKO’s, 3 Submissions’)
Combined opponents’ record: 9-10
Best win: Alyssa Garcia (4-1)

Salcedo is a BJJ purple belt and a five-time muay thai champion. Her fighting style reminds me of UFC fighter Victoria Leonardo. She can be a bit stiff with her striking but once she closes the distance she’s a powerhouse inside. There she can utilize her muay thai and slam girls hard to the mat. She actually does have a knockout win by a vicious slam. Salcedo is at her best when on top with smashing ground and pound and some decent jiu-jitsu. Just her physicality will give a lot of women problems.

Fighting out of Boise, Idaho, US
Fighting currently at the age of 21
Training out of SBJ Idaho
A record of 4-0
Three finishes (1 KO/TKO, 3 Submissions’)
Combined opponents’ record: 9-6
Best win: Ryder Small (4-1)

Talic is a strong grappler. In fact, Talic will accept going to his back just to go where he’s comfortable. Of the footage available his striking will need to be tightened up a lot but he does at least throw some nice lower calf kicks. Talic has a flexible guard always throwing up the rubber guard to set up an attack with the armbar or the triangle. He does have three wins coming by a triangle. So far, once Talic is on the mat he’s been in control as his 100% finish rate comes from the ground. He’s someone that could use more experience as an amateur just to refine his overall game before taking the bigger steps in his career. 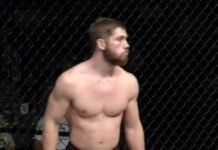 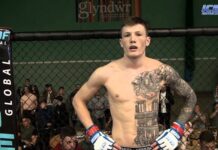 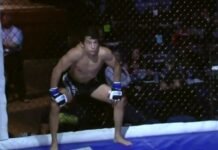