UFC 261 is getting another title fight, as strawweight champion as Zhang Weili is finally returning to action.

According to Ariel Helwani of ESPN, Zhang vs. Rose Namajunas is being targeted for UFC 261 on April 24. Earlier this week, it was reported that Valentina Shevchenko vs. Jessica Andrade is also being targeted for that event. The new booking means that in total, three past and present strawweight champions will be in action on the UFC 261 card.

It will have been over a year since Zhang Weili (21-1) last competed by the time April rolls around. The Chinese champion is coming off the 2020 Fight of the Year against former champion Joanna Jędrzejczyk. She defeated Jędrzejczyk via a split decision at UFC 248. Zhang is riding a 20-fight win streak, with five of those wins coming in the UFC.

Former strawweight champion Rose Namajunas (9-4) will be fighting in her fourth title fight this April. “Thug Rose” is coming off a split decision win against Jessica Andrade at UFC 251 on ‘Fight Island’ last July. Namajunas had previously lost to Andrade at UFC 237 via a slam knockout. Namajunas hinted at retirement following that setback, but found the passion for fighting again after some much-needed time off.

If Zhang were to defeat Namajunas, it would potentially set up a super fight against Shevchenko. Of course, for that to happen, “Bullet” will need to get by the always dangerous Andrade. Fascinating times in the strawweight division.

No location or venue for UFC 261 have been announced to date. A rumored trip to Singapore, acknowledged by UFC President Dana White previously, appears to be on the back burner for the time being. 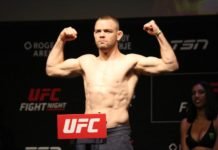 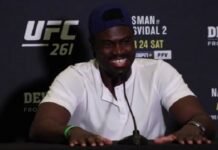 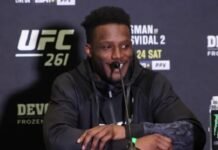