Robertson (9-5) will be looking to bounce back from a loss to Taila Santos in her last fight. She’s well known as a fighter who likes to stay active, and that’s the case once again here. “All my fights I just try to keep on looking forward, keep on looking to the next one,” Robertson said during the UFC 258 media day this week. “That’s this opportunity right now, just to get back in the win column, get my hand raised, and get this win streak started.”

In the Santos fight, Robertson had a new experience — being cut open. “A big part of the fight was obviously that cut on my nose. I couldn’t see through the whole fight. That’s a new experience for me, that’s the first time I’ve ever been cut.” Santos’ lack of offense in the bout frustrated the Canadian flyweight — and quite obviously so did the loss. But she bounced back just over a week later at Submission Underground 20, where she submitted UFC veteran Pearl Gonzalez.

Consistency, however, has dogged “The Savage” through her UFC run. As she enters her 10th fight inside the octagon, Robertson boasts a 6-3 record. She’s never won more than two in a row.

Robertson is hoping the adjustments she’s made with coach Din Thomas over the past year gets her past that hump, so she can “accumulate those three wins.”

Watch the full UFC 258 media day press scrum with Gillian Robertson above. The event takes place this Saturday, February 13 at the UFC Apex in Las Vegas. 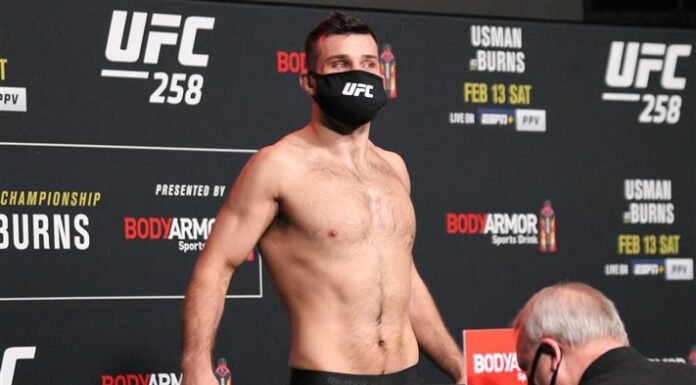