ONE Championship’s live debut on American cable network TNT has been a long time in the making, ONE Chairman and CEO Chatri Sityodtong said Wednesday.

Speaking to media outlets including Cageside Press as part of an international video call to promote April’s ONE on TNT series, ONE Championship’s head honcho noted that “this is a long time coming. When Turner and ONE Championship first announced our partnership, this was always the plan, to start broadcasting on TNT, and in prime time. It took a while to get momentum, and then obviously COVID hit. It really did take us for a left turn last year.”

The TNT deal was announced back in September 2019, with ONE no doubt hoping 2020 would be the year they made a big splash in America. For obvious reasons, that didn’t happen. ONE wound up shutting down in the face of the coronavirus pandemic, only returning to live shows in its home base of Singapore this past October. That, after a handful of mainly tape-delayed shows in China and Thailand.

“We’re back in full force, and we expect to put on some incredible fights for the American fans, and really introduce our brand of martial arts,” Sityodtong exclaimed. And come April, they’ve got a sweet timeslot on TNT: immediately following hit pro wrestling show AEW.

As much as this move to TNT might feel like making up for the promotion’s much-talked plan to host a live event on American soil, Sityodtong reiterated Wednesday that “the plan was always to expand our partnership, and take advantage of the opportunity of TNT’s wide reach— I think 90 million homes across America. They’ve done a great job with AEW, and they really want to pair up AEW with ONE championship.”

“I think it’s going to be great for wrestling fans and combat sports fans alike,” he said of the pairing. “It’s something new and fresh, and never seen before in the States.”

AEW is no stranger to MMA fans, of course. Not too long ago, Rashad Evans, Henry Cejudo, and current ONE fighter Vitor Belfort appeared on AEW Dynamite. Mike Tyson and NBA great Shaq, who also have ties to the MMA world, have appeared on AEW programming.

When it comes to introducing themselves to American audiences, more than pro wrestling will be required. Sityodtong allowed that “of course we do have the familiar and legendary names like a [Demetrious Johnson] and Eddie Alvarez.”

But he was also quick to point out that beyond the familiar U.S. names, the promotion also boasts 150 world champions across “various martial arts” among its 550 athletes.

“You will see a whole plethora of marital arts competitions, whether it’s mixed martial arts, muay thai, kickboxing, submission grappling, and the list goes on,” promised Sityodtong. “But also, you get to see the excitement of the single discipline world champions who then compete in mixed martial arts.”

“I genuinely believe we have the world’s greatest roster of martial arts world champions, bar none. Full stop. Single discipline or mixed martial arts,” he later added. “We would put our world champions against any of the other two global organizations’ world champions in a heartbeat. But we’re out here in Asia, and people just don’t know that our roster is full of monsters and killers.”

Sityodtong suggested that only Demetrious Johnson “has managed to arrive and come into ONE Championship unscathed,” out of the former UFC fighters now competing for his organization. And even those wins were “some of the toughest fights of his career.”

“Just because American fans haven’t heard the names does not mean these guys haven’t been doing martial arts their entire lives, and competing in ONE Championship, the world’s largest stage of martial arts,” observed Sityodtong. “This is going to be a great introduction for American fans, for sure.”

That introduction will come on April 7, at UFC on TNT 1. The first event will be live, Sityodtong assured the press Wednesday. Future dates remain a question. Currently, ONE has taken to filming additional shows to be aired via tape delay at their live events. “April 7 is going to be 100% live, for both B/R Live [prelims] and TNT. Let’s see how the rest of the events go. The long term plan is eventually to have ONE on TNT always live. That’s the long term plan. But we have to adapt during COVID. Let’s see how it all shakes out.” 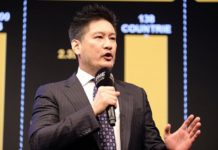 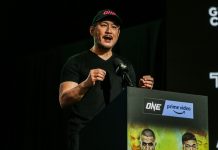 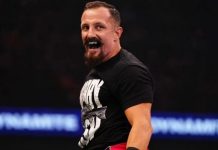