For the second occasion in Punahele Soriano’s young career, it took him little time to wreak havoc on his opponent, securing a first round TKO at UFC Fight Island 7. Soriano walked in as a +200 betting underdog, but the Hawaiian relished in the villain role, taking out his former undefeated counterpart Dusko Todorovic just prior to the end of the opening frame.

“I heard a lot of the talk about it,” Soriano (8-0) told Cageside Press. “It seemed like no one gave me a chance. It’s funny even though I put up that type of performance, I’ll hear the ‘it was because his lack of defense.’ I just find it funny,” Soriano continued. “I’m the one that went out there and did the job, we wanted to put him on his back foot.”

An Xtreme Couture product, Soriano is coached by the likes of Eric Nicksick and other great minds over in Las Vegas. The Hawaiian known as “Story Time” speaks very highly of training with some of the top athletes in the world.

“Nate Pettit was the first to bring me under his wing,” Soriano stated. “He’s always in my corner, from the day I stepped foot into Xtreme Couture he’s been coaching me. We are polar opposites, he is country, I’m Hawaiian, but we blend.”

Soriano, although excited to get back into the gym, is not rushing into any decisions on who is next for him. Following the second knockout of his young UFC career, Soriano knows many fighters might be putting a target on his back, something he welcomes with open arms.

“First thing is first, I need to get back in the gym,” Soriano explained. “I realize that was a big win, there is hype and maybe even a target on my back, so I want to make sure when the time comes for my next one that I am even better than this one.”

Watch our full interview with UFC middleweight Punahele Soriano above! 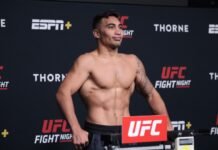 Punahele Soriano and Nick Maximov Will Face off at UFC Event on Feb. 5 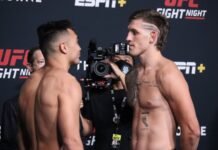 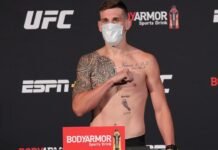