“The Baltic Gladiator” Modestas Bukauskas (11-3) will make his third trip to the UFC octagon on March 27, 2021. When he does so, Poland’s Michal Oleksiejczuk will face off against the Lithuanian fighter.

Cageside Press confirmed the light heavyweight booking with a source close to the situation Monday, speaking on condition of anonymity as the UFC has not officially announced the bout. MMA Fighting was first to report the news.

Bukauskas will be looking to bounce back from a loss to Jimmy Crute suffered in October 2020 on Fight Island. That left his UFC record at 1-1, after Bukauskas defeated Andreas Michailidis earlier in the year.

Prior to joining the UFC, Modestas Bukauskas had won and defended the Cage Warriors light heavyweight championship.

Michal Oleksiejczuk (14-4, 1NC) is 2-2 with one No Contest is his UFC career to date. However, when he next enters the cage, it will be on the back off a two-fight skid, with losses to Ovince Saint Preux and Jimmy Crute is his last two outings. The Polish fighter’s UFC debut, originally a victory over Khalil Rountree Jr., was overturned to a No Contest due to a positive drug test for banned substance clomiphene — the same anti-estrogen agent that Brock Lesnar tested positive for in advance of UFC 200, and one of several found in drug tests undertaken by Jon Jones.

After returning from a suspension that saw him miss all of 2018, Oleksiejczuk picked up wins against Gian Villante and Gadzhimurad Antigulov before hitting his current skid.

The UFC’s March 27 card does not yet have a venue or location officially announced. Currently, another light heavyweight bout, Jimmy Crute vs. Johnny Walker, is the only other fight associated with the event. 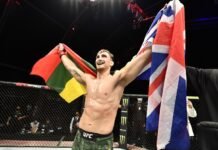 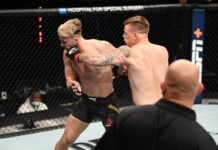 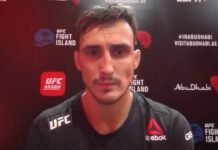 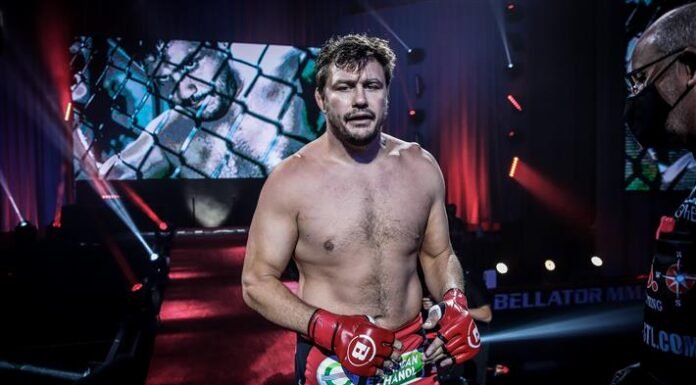 UFC Vegas 19 Down Another Fight, Drakkar Klose vs. Luis Pena Off