With Michel Pereira making the move to Las Vegas, there was no training with cows, or any other farm animals, ahead of UFC Vegas 17.

Instead, “Demolidor” is focused on showing off “a lot of moves,” he told Cageside Press during this week’s media day ahead of the event Saturday night. In previous interviews, he’d boasted of up to 43 new techniques he was ready to put on display. “This smaller octagon got in the way a little bit,” he continued, “but I’ll still be able to little by little show all my style and all the moves I have that are more important.”

Instead of farm animals, “Demolidor” has been training with a light heavyweight animal to prepare for Khaos Williams at UFC Vegas 17 — Johnny Walker.

“Johnny’s my friend, while he was in Vegas we went out a few times and he’s just a great person and a friend, and so it was great training with him,” said Pereira. “We trained a couple of times together and I learned a lot from him.”

Pereira’s upcoming opponent, Williams, is a prospect known for quick, explosive finishes. Pereira’s in-cage performances are legendary for creative, flashy striking and some big finishes of his own. When it comes to that match-up, “I always like to fight guys who are up-and-coming and fight like that, like Khaos does,” said Pereira. “So it’s good for the fans, it’s good for everyone who likes MMA.”

“I’ve faced a lot of guys like that, who are explosive, who are technical, and I never had any issues dealing with that,” added Periera. “Of course I respect him, he’s coming with some hype. He’s a dangerous opponent, but I’m more dangerous.”

Pereira was actually pursuing fights with Anthony Pettis and Robbie Lawler, some of the bigger available names in the welterweight division. Both fighters turned him down, Pereira revealed. But wanting to stay active, he was happy to accept the opportunity with Williams.

Yet after Pereira took the fight, Pettis wound up taking a bout with Alex Morono on the same card. Something that left Pereira a bit perplexed. “It was either fear, or it’s because I’m not ranked,” Pereira believes as to why Pettis declined the bout. “He said he had a back injury, and that’s why he wouldn’t face me. And now he’s fighting the same day that I am. I thought it was weird. So it’s either because I’m not ranked, or he feared me.” 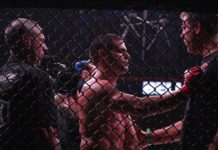 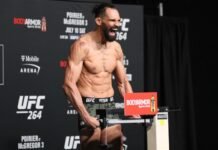 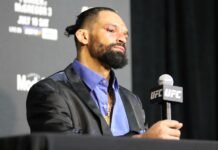