The UFC is targeting a key bantamweight battle for its February 6, 2021 card.

Former lightweight champion Frankie Edgar, who made his 135lb debut earlier this year, is expected to face Cory Sandhagen at a Fight Night event on that date. ESPN was first to report the news. As noted in that report, both fighters have verbally agreed to the bout.

Edgar (28-4-1) will be eight years removed from his 155lb title run come the fight with Sandhagen. Since then, he’s fought for the lightweight title, the featherweight title twice, and the interim featherweight title. “The Answer” lost all four of those title fight opportunities.

After being unable to claim gold at 145lbs, Edgar made the long-awaited move down to bantamweight earlier this year. He debuted in August, winning his first bout as a 135lb’er via split decision over Pedro Munhoz.

Cory Sandhagen (13-2) has just one loss inside the octagon, to current title challenger Aljamain Sterling. He’s coming off a key win over Marlon Moraes.

Edgar vs. Sandhagen joins a growing card, that is expected to clock in as UFC Fight Night 187. The following bouts have been reported to date: 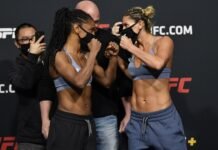 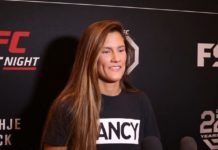