The lightweight bout between Bellator mainstay Goiti Yamauchi and PFL vet Nate Andrews is off Bellator 254.

Expected to feature on the main card, the fight wound up pulled after Yamauchi badly missed weight for the fight at weigh-in on Wednesday. Yamauchi, who has at times competed as a featherweight, missed weight by a full 6.8lbs. He clocked in at 162.8lbs.

MMA Junkie was first to report the news that the fight was off. Initially, commission officials were considering a catchweight. Moving forward, Yamauchi will be required to compete at 170lbs, per Mohegan Sun commission head Mike Mazzulli.

Andrews was making his promotional debut in the fight, and will be compensated.

Yamauchi (25-4) also missed weight for his previous bout, part of last December’s Bellator/RIZIN co-promoted card. He weighed in at 157.8lbs for a fight against Daron Cruickshank, with Yamauchi winning the bout via rear-naked choke in the opening round.

Overall, Yamauchi has won three straight. He returned to the lightweight division in 2016 after a stretch 10lbs lower at featherweight.

Andrews (16-3) has not competed since a loss to Chris Wade under the PFL banner last year. “The Snake” went 1-2 during the Professional Fighters League’s 2019 season, with both losses coming to Wade. Andrews is a former CES MMA champion.

Davion Franklin vs. Anthony Garrett has been promoted to the main card to replace Andrews vs. Yamauchi. 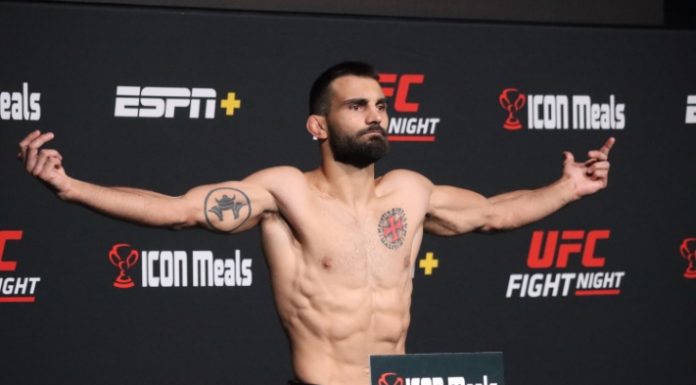