While much had been made of Werdum potentially jumping to Bellator for a second fight with Fedor Emelianenko, the PFL shared the news on social media Monday. The legendary grappler mentioned at the beginning of November that he was in negotiations with PFL, so while the signing is not the most shocking news, it’s a welcome addition to the roster. The PFL is set to return to Las Vegas in April to launch their season of fights.

In a press release distributed following Monday’s announcement, one of the PFL’s top executives referred to Werdum as the “Tom Brady of MMA.”

“I am excited to announce Fabricio Werdum, the Tom Brady of MMA, has signed with the Professional Fighters League,” said Peter Murray, CEO of the PFL. “Fabricio is one of the greatest heavyweights of all time and knows when he steps into the PFL cage this coming season, it is more than a fight. The PFL sport season format provides an opportunity to control his destiny, like all PFL fighters, with a transparent shot to earn another major global title and the PFL million dollar champions belt.”

There are undoubtedly intriguing match ups for Werdum as he enters the fray. That PFL’s heavweight division has slowly been acquiring talent for their upcoming season. The includes fighters like the popular Justin Willis, a former training partner of Daniel Cormier’s. Plus exciting prospects including Mohammed Usman, brother of UFC champion Kamaru Usman. Of course, 2019 PFL heavyweight champion, Ali Isaev, will be a potential antagonist as well.

Even though the former UFC heavyweight champion is 43, he remains a potent threat in any promotion. The Brazillian legend recently exited the UFC off a big win, taking out former light heavyweight title challenger Alexander Gustafsson. “Vai Cavalo” finished the younger fighter by submission in the first round via armbar.

With dominant wins over legends like, Fedor Emelianenko, Mark Hunt, Cain Valasquez, and even the streaking Alistair Overeem, Werdum figures to be a force in the PFL. 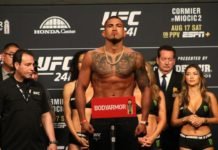 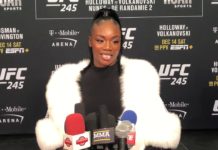 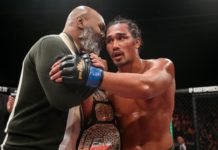