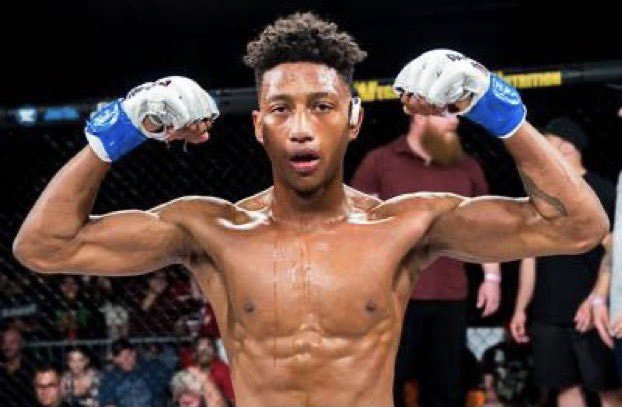 Bellator 251 will feature the highly-anticipated professional debut of bantamweight prospect Jaylon Bates as he takes on Joe Supino.

Bellator has been active recently when it comes to scooping up highly-touted prospects quickly. They did just that when they signed undefeated amateur Jaylon Bates to start his professional career with the promotion. He’ll be getting in the cage fairly quickly after signing the contract back on Sept. 29, fighting next week on Nov. 5.

Bates was 9-0 in his amateur career with four submissions and three knockouts. He has trained under UFC veteran Evan Dunham on his way up and has also spent time at American Top Team Portland and Portland City Boxing. Tapology has Bates ranked as the number-one amateur bantamweight in the entire western United States.

Joining him in making a professional debut with Bellator will be Joe Supino, who trains out of Dante Rivera BJJ in New Jersey alongside top bantamweight prospect and Contender Series veteran Phil Caracappa. Supino was 6-2 on the amateur circuit with two knockouts and two submissions. His last six fights were with Dead Serious MMA in New Jersey, which was featured on Dana White’s Lookin’ for a Fight.

Bellator 251 takes place in 11 days and this is just the second fight linked to the card. The only other bout is the main event between Corey Anderson, who’s making his promotional debut, against longtime combat sports veteran Melvin Manhoef. The event will be held at the Mohegan Sun Arena in Uncasville, Connecticut.