ONE Championship returned to its home base of Singapore on Friday, for the first time since the onset of the coronavirus pandemic. More importantly, the promotion returned to live shows, after airing several events filmed in Thailand via tape delay.

While Reign of Dynasties, the promotion’s first fight back in Singapore, started small, it was a step in the right direction. Already announced was Inside the Matrix, with four MMA title bouts topping the card on October 30. First up, however, was a six-fight card from Singapore featuring five MMA contests, and a main event featuring two-sport ONE champ Sam-A Gaiyanghadao defending his ONE Strawweight Muay Thai World Title against Australia’s Josh Tonna.

Also on the card Friday, Finnish prospect Aleksi Toivonen, an Evolve MMA fighter with an undefeated record to start the night. Coming off a submission of Akihiro Fujisawa, Toivonen was paired up with ONE mainstay Reece McLaren.

Friday’s action was set to kick off at 8:30AM ET — check back for results. The official live stream can be viewed above (where available).

ONE Championship: Reign of Dynasties Results

Sam-A Gaiyanghadao def. Josh Tonna by TKO, Round 2, 2:30 – for the ONE strawweight Muay Thai world championship 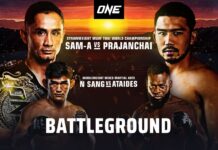 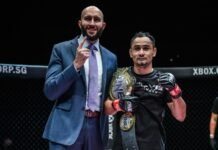 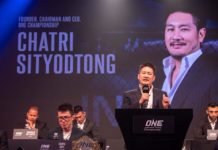