A promotion showed they care about their events being pirated (kind of), a fighter who lost their short-notice UFC debut has been released after just the one bout, and a high-profile name in MMA is headed to the world of bare knuckle boxing. Huh?

Last week, past torrent uploader Steven Messina spoke out about the $32 million lawsuit filed against him by the UFC six years ago, Max Rohskopf was released by the UFC after a losing effort in his short-notice promotional debut, and former UFC flyweight Paige VanZant made the move to the Bare Knuckle Fighting Championship. Huh.

Despite some of the follies of evolution (see: Breaking Quarantine Rules), the development and growth of “huh” is something we should embrace. To be the change we want to see in the world, here are a few MMA stories last week that made us go “huh?”

The UFC cares about pirating, kind of

Steven Messina was ordered to pay a $32 million judgment, and publicly apologize, to the UFC in 2014 after uploading pirated UFC material to torrent sites. Now, years later, Messina says he never apologized, still isn’t sorry, and the promotion never tried to recoup any of the damages. Huh.

“The UFC simply wanted me (or in this case, my legal representative) to sign a contract that would let them release an article of ‘me apologizing’ on FOX Sports’ website. Basically, ‘We’ll drop this if you let us write a bogus story about you to the public’ is what they were saying. I didn’t agree to it, nor wanted it done, and after days of declining to agree to the terms, I caved just to get it over with,” he says. – via TorrentFreak

The way the apology from 2014 reads makes Messina’s story that much more believable.

“I apologize to the UFC for any damages incurred as a result of my actions in illegally distributing copyrighted UFC broadcasts. As a result of my confession for piracy of UFC’s protected content, I fully accept the terms of the settlement with the UFC.

I now realize the harm caused by my actions. It is my hope that I can use this difficult period as a learning experience as I move on with my life. I would also like to tell anyone pirating UFC broadcasts, either through illegal downloading or non-authorized streaming, that it is illegal and not worth the risk.” – via TorrentFreak 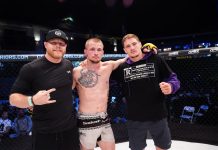