Bellator 243 was a stacked night of fights. Which five fighters stood above the rest?

Bellator 243 at Mohegan Sun Arena was in an empty stadium, but still, the fights emitted a ton of emotion in the arena. On a night that saw knockouts, upsets, and rivalries take center stage, here are five fighters whose stock rose at Bellator 243.

Lencioni finally stood across the cage from his rival AJ Agazarm. In a fight that had a headbutt, a ton of trash talk, and some very interesting post-fight commentary, Lencioni stood tall.

It was a frustrating bout for Lencioni, yet he had the ability to continue to use his gameplan and for the most part dominate the fight in every area. Agazarm called for this fight to be appealed in an interesting post-fight scrum. Instead of engaging in more beef with Agazarm, Lencioni simply said he was a “sore loser” and even tried to shake his hand post-fight.

Now a winner of three straight, Lencioni had his stock rise at 243, partly because of his response to Agazarm in the cage and after.

Homasi dominated in a bout many saw being a slug fest. In what turned into a technical bout, Homasi was clever with his level changes and transitions on the ground, steering clear of the speedy Curtis Millender.

The Lebanese fighter said that he was fighting for all of Lebanon, and would be using his teammate Dustin Poirier’s ‘Good Fight Foundation’ to auction off his fight kit for Lebanon. Now a winner of three straight, including a first-round KO of Micah Terrill, Homasi is streaky hot.

What was most impressive was Millender’s claims that Homasi could not handle his speed. Well, Homasi didn’t give him a chance to prove that as the “Sleek Sheik” smothered Millender for three rounds to a dominant decision win. Homasi called for Paul Daley next, or anyone in the top 10, and he is very deserving.

Timothy Johnson has been fighting the term ‘journeyman’ for a while now. For those who may not be familiar, a journeyman does enough to stick around but never really accomplishes the major goals of an MMA fighter. Johnson is no journeyman.

Matt Mitrione may be on a skid, but he is a fan favorite and constant title contender in the Bellator ranks. Johnson, since joining Bellator, has fought killers. The names include Vitaly Minakov and Cheick Kongo, two of the best heavyweight contenders on the roster. Johnson got back on track against formerly undefeated Tyrell Fortune, whom he knocked out in the very first round.

Now a winner of two straight, both being stoppages in the first round, Johnson has a legitimate claim at a top-tier title contender including possible rematches against Minakov or Kongo. Johnson spoke before the fight about avoiding the title of journeyman, and with back to back finishes, he has the title of contender in my book.

As if Loureda needed more stock, the 22-year-old Miami native is undefeated and has a massive following from fight fans around the world. Loureda had a troubling start to this year after dropping out of her January bout with Tara Graff, and dealing with some issues that her manager Ibrahim Kawa explained.

Not to mention that this fight became personal for Loureda. Graff spoke with Cageside Press at the beginning of fight week and had strong opinions on the Miami fighter’s social media use, “trashy and demoralizing.”

Loureda was noticeably emotional following her finish victory over Tara Graff, and yet again proved (as if it needed proving) that she is much more than an “IG Model.” Loureda’s stock continues to rise as she looks to fight again in 2020.

No one finishes Benson Henderson the way we saw Henderson finished at Bellator 243. Henderson spoke on media day and claimed that Chandler no longer ‘has the power to finish anyone.’ Well, I think we can all agree he does indeed. Now with two wins over the legend, Chandler continues to add to his impressive legacy.

This was the last fight on Chandler’s deal with Bellator. The former champion has been with the promotion since 2010 and you really can’t mention Bellator without thinking of Michael Chandler.

Chandler has hinted online that the UFC may be next, and if that is the case it’ll be bitter-sweet to see him leave the Bellator cage. A winner of two straight and five of his last six, what better time than now for the 34-year-old to test the UFC waters. It was about as impressive as it gets at Bellator 243 with that knockout. 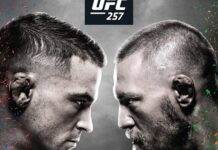 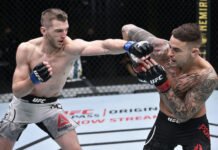