During this MMA hiatus, we’ve taken to scouting world and selecting five favorite prospects from each country for the most part. This time out it’s a combo deal, as we’ll look at both Czech Republic and Slovakia. These two nations have produced the likes of David Dvorak, Jiri Prochazka, Lucie Pudilova, and Makhmud Muradov – all of whom are doing well in the big leagues.

Ludovit Klein has plenty of experience with 18 pro fights at a young age and some wins over good competition. He has a background in boxing being an amateur boxing champion of Slovakia. On the feet, he has a good jab and a dangerous head kick. At times he needs to throw more follow-ups but still at least throws steady output. Klein has some solid wrestling as also and he mixes it in together well. He’s a fun fighter who honestly is improving in each fight. I believe Klein will become the first Slovakia-born UFC fighter.

Magdalena Sormova is coming off a loss but prior to that was on a 4-fight win streak. She has wins over Kay Hansen and Svetlana Gotsyk who are two good prospects as well. She’s also the former WWFC champion. Sormova is a strong grappler being a threat going for submissions constantly. Her ground and pound is solid as well. She will give up bad positions and will get taken down easily. As long as she’s on the mat she has a good chance of winning.

Patrik Kincl is a veteran of 32 professional fights but has still yet to fight on a big stage. He’s fought for ACB in the past and only lost to Albert Duraev during his time there. Kincl is well-tested against fair competition. He’s a better wrestler who on the mat has a few TKO wins and six wins by submission. I’m not fully sold on his overall skills but he has proven himself on the regional scene. He is currently on a three-fight win streak.

Unlike the three fighters listed above, Lukas Chotenovsku is untested. He’s never fought anyone towards even mid-tier level as he’s never had an opponent with a winning record. Chotenovsku still has caught my eye however. On the feet he looks solid from his movement, kickboxing, and striking. He throws tight combinations mixing in strikes and leg kicks together. Chotenovsku has shown to be explosive throwing flying knees but is just a technical striker. Of course, he has some kinks to work out but he’s been pretty dominant thus far.

Martin Buday is a prospect that’s stood out in the last two years. He is the current arguably the best prospect out of Eastern Europe. Besides being 7-1 as a pro he went 3-0 as an amateur. Outside of MMA, Buday is a 2x IBJJF European NoGi champion and an ISFA European grappling champion. His sole loss is to The Ultimate Fighter Season 28 winner Juan Espino. Buday doesn’t have any special qualities, but his forward pressure and ability to cut off angles has served him well. He doesn’t hit hard but has good timing when he throws. He’s not fast but uses effective footwork. While he’s not the most explosive heavyweight, he is still on a six-fight win streak with all six being finishes. 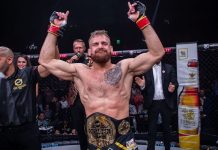 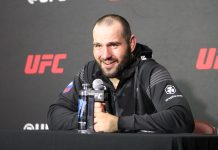 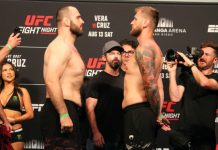