Get used to those sparsely populated stands, at least for the next little while.

The show must go on. The phrase that originated with circus performers in the 1800s and was later adopted by the theater crowd has been all but forgotten during the ongoing coronavirus outbreak. The NHL, NBA, MLB and others have all decreed that it doesn’t, for now anyway. But if ever there was a modern day P.T. Barnum, it’s Dana White.

White’s UFC came under fire Thursday for being essentially the last major sporting body to issue a response to the pandemic that has swept the globe. As deaths in Italy topped a thousand and events everywhere were being cancelled, there was radio silence from the UFC. Even after ARES FC, KSW, and ONE Championship had announced cancellations, postponements, and shows in empty venues, there was nary a response from the world’s largest mixed martial arts promotion.

Then, Thursday night, UFC President Dana White announced a strategy that simply amounts to “the show must go on.” Where mass gathering bans are in place, UFC events will either move to the UFC Apex facility is Las Vegas (UFC Columbus and UFC Portland) or take place behind closed doors (UFC Brasilia).

Where possible, events will move forward with fans (UFC London), just about the dumbest decision one could make at the moment. A decision the UFC will likely be forced to revisit before that event even rolls around in just over a week’s time.

We get it, really. The show must go on. But does it? Sure, it’s easy for a writer to question that; I can do my job from the comfort of my home. Live event coverage? I spent the early part of this week perusing hotel accommodations in Columbus, but held off given the spread of coronavirus and the seriousness of the disease that stems from it, COVID-19.

The writing, frankly, was on the wall.

Fighting is part of our DNA. You’ve probably heard Dana White espouse that philosophy more than once. He’s not wrong. It’s so very human to want to soldier on in the face of adversity. There’s zero surprise that fighters like Kevin Lee, who headlines UFC Brasilia this weekend, have voiced their willingness to compete despite the pandemic.

Yet as admirable as that it, it’s ultimately foolhardy. Speaking to a member of the medical community this week, one obvious takeaway was this: our experts really don’t know how this is going to play out. In a matter of days, we have seen numbers explode. SARS-CoV-19 is far more transmissible than the SARS outbreak of 2003 was. It has a lower mortality rate, which actually makes it more concerning in that sense— SARS essentially burned itself out, with recorded mortality rates of 20% or higher in some areas. COVID-19 (the disease the results from the current coronavirus, often involving bilateral pneumonia) is currently around the 4-7% mark, depending on whose statistics you believe. And whether you take into account the accuracy of reporting.

A vaccine is likely up to 18 months away. Or as few as six. The coronavirus could become seasonal, a second flu. Or it may peter out.

But we don’t know. What we do know, if you put any faith in the numbers out of China and South Korea, where the virus appears to have peaked, is that social isolation appears to be working. The argument for the UFC soldiering forward — if you discount the idea that it could reap massive rewards by being the only game in town, in terms of growing the fan base — is that it’s an individual sport. No teams. On the surface. Yet every MMA fighter does have a team. Training partners. Coaches. Cornermen. All of a sudden, you start playing six degrees of separation, and realize how foolhardy continuing on with events in this climate really is.

And that sucks. It sucks to say. It sucks that if the sport presses pause, the fighters don’t get paid. At no point does anyone want to see something they love go away, or for people to struggle, but in the short term, it’s the best call. Dana White has floated the idea that the UFC has talked to medical experts. That they’re bringing in new technology to scan those entering their facilities for fevers. He’s even spoken to the President.

It all sounds great, on the surface. And is ultimately meaningless in the face of a virus that is both non-symptomatic and contagious for potentially a week or more when it first hits. That is transmissible through the air in distances of up to six feet and, it is now believed, can remain in the air up to three hours past aerosolization.

The UFC intends to fight on. But unless the ref and corners are staying six feet away from all parties, which doesn’t seem likely, this seems to be a bigger risk than it’s worth. Especially for what the ever-quotable Chael Sonnen once called a “borderline illegal fist-fight on Saturday night.” 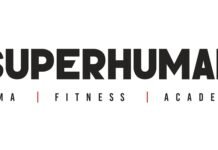 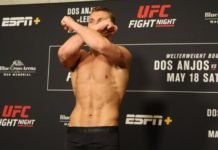