UFC on ESPN+ 28 is going down this Saturday in Brasilia, Federal District, Brazil in the Ginásio Nilson Nelson venue. The UFC Brasilia card is headlined between two top lightweights in Keith Lee and Charles Oliveira. Midway into the card, Bruno Silva was gonna fight Su Mudaerji, but Su pulled out. Now Silva will welcome newcomer David Dvořák to the UFC.

How will Dvorak fare in the UFC:

Dvorak has a lot of experience, and has been undefeated for a little over seven years. His level of competition hasn’t been great but it has been against other experienced guys. On the feet, Dvorak is ultra dangerous in every aspect. He throws good combinations, always throwing more than one punch and has the power to put his opponent’s lights out. Dvorak is just so dangerous at range with output and power. Even in the clinch he’s deadly with excellent Muay Thai knees which he uses a lot. He tends to strike more but does have good grappling as well. His wrestling could be better but he has strong jiu-jitsu. Dvorak doesn’t have any glaring holes so it will take a good fighter to figure him out. He’s a very good fighter that has a high ceiling.

How does Dvorak match up with Silva:

Silva is most likely not going to strike with Dvorak, being a primary grappler and Dvorak being so dangerous on the feet. The TUF Brazil alum is a decent fighter but it’s up in the air whether he’s UFC caliber. On the feet, no doubt Dvorak has the advantage. He’s much more technical than Silva and has much more power. Silva struggled on the feet against Khalid Taha in his debut getting wobbled a few times. Silva may have the advantage on the mat but it’s likely Dvorak can at least hold his own or maybe even have a slight edge. I like Dvorak in this fight due to the fact I think he’s more dangerous everywhere. 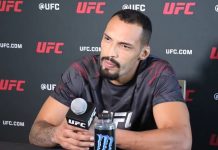