Las Vegas, NV — The Park Theater in Las Vegas was host to a Dominance MMA media day over the weekend. Dominance is one of the top management firms in the sport, and plenty of talent was on hand — including former UFC light heavyweight title challenger Anthony Johnson.

A popular figure in his fighting days, ‘Rumble’ shocked the MMA world when he announced his retirement following a 2017 loss to Daniel Cormier. In his time away, Johnson launched a CBD oiil venture, Competitive Body Development. He’s also served as the Head of Fighter Relations for Bare Knuckle FC.

It’s news that Johnson was potentially returning to the UFC octagon that turned heads a few months back, however. And you can scratch that “potentially” part. “I’m coming back. I plan on fighting somebody,” Johnson told Cageside Press this past weekend.

While there was talk of Johnson jumping up to the heavyweight division, he was looking trim (given his frame) over the weekend. And the 205lb title is in his sights. His goal, he said, is “whoever has the belt, honestly.” Though he admits the current champ is likely to be the one still holding gold when he gets there.

“Most likely Jon will have the belt. I just don’t see him losing to anybody any time soon,” said Johnson. Since Jones’ return to the division in late 2018, he’s reclaimed the light heavyweight title, and defended it three times. “If it’s Jon, I plan on fighting Jon,” Johnson continued. “We’ll just see. I’m not trying to discredit anybody, or look over anybody else. So I know I’m going to have to take the necessary steps to get to Jon.”

There’s no beef with Jones, no grudge on Johnson’s side of things. Just the good old fashioned spirit of competition. “It’s nothing personal. We’re just athletes, competitors.”

Of course, Jones does have a target on his back. “He has what everybody else wants. And he knows he has to keep it, and do what he needs to do to keep it,” said ‘Rumble.’ “And everyone’s gunning for him, and he knows that. So we’ll see what happens.”

If you guessed that Johnson has had the drive to return his entire time away from the sport, you’d be wrong. For Johnson, the itch to fight was actually gone in his time on the sidelines. “It left me. When I was out of MMA, I had nothing to do with it,” he admitted. “I wanted nothing to do with it. I was burnt out from inside of the octagon to the outside of the octagon. I was burnt out.”

“People don’t realize, we have the same issues that and the same twenty-four hours that everybody else does. They think that we have everything handed to us on a platter. But it’s not that easy,” he continued. “This is a brutal sport. It’s a tough sport. There’s a lot of snakes in the grass out there.” Johnson admitted that said statement is likely true in any sport. Either way, he finished, “when I was done, I wanted nothing to do with it.”

In fact, he didn’t even train in MMA after retiring from competition. “Before I decided to come back, my last punch was in that octagon against D.C.”

He’s still got plenty of punches to go, however, as Johnson prepares to return to active competition for the first time since UFC 210 in Buffalo nearly three years ago. 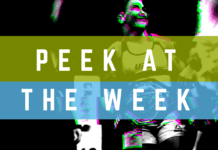 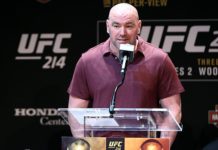 UFC: No, the Greg Hardy Signing isn’t Worst Thing the Promotion Has Done