Invicta FC returns this Friday in Kansas City, Kansas — and there are a number of factors worth keeping an eye on. Factors, not fights, because the show will experiment with open scoring. After the fallout from the downright brutal judging at UFC 247 in Texas last month, the Kansas commission has given the go-ahead to try out the concept, which will see scores announced between rounds.

Beyond that, Phoenix Series 3 will also feature a 135lb title fight between Lisa Verzosa (formerly Lisa Spangler) and Julija Stoliarenko. As well, the promotion’s one-night bantamweight tournament will be a massive part of the event. That will see two single-round fights in the quarter and semi-finals, and a three-round scrap in the finale.

Check below for full results and photo/video highlights from Thursday’s weigh-in! 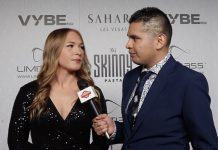 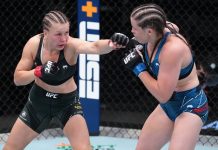