Norfolk, VA — It’s been 5071 days as of this writing since Andrei Arlovski last held the UFC heavyweight title. At UFC 59 on April 15, 2006, Arlovski lost the belt to Tim Sylvia. He’d first won the (then interim) title a little over a year earlier, against Sylvia, in February 2005. Two title defenses later, and he found himself TKO’d by the American. He’d lose the rematch, win three more bouts inside the octagon, then infamously exit the promotion for Affliction.

Arlovski’s return to the UFC took him through a fight with Fedor Emelianenko that saw him devastated, to Strikeforce, and even the WSOF, before his return 2014. Coming up, he’ll look to bounce back from a loss Jairzinho Rozenstruik, when he takes on newcomer Philipe Lins at UFC Oklahoma City.

All the while, he’s been chasing the high being champion brought him.

Backstage at UFC Norfolk this past weekend, Arlovski was on hand as a guest fighter, young son in tow. The life of a fighter is not something he wants for his child — but he admits that his son is already asking to be a fighter.

Arlovski himself got into the sport because he “wanted to be famous when I was a little kid.” That, and money, he admitted. All of that came relatively early in his career. “I was a champion, I already had that feeling, I had that taste,” he recalled. “I remember that taste, when you were a champion. There’s nothing better then feeling your hand raising up, and Dana White putting the belt around your waist.”

Of course, now he has a family to support as added motivation. But the feeling of being a champion is “100%” like a drug, something he has been chasing ever since. “100%” Arlovski reiterated. “When the referee raises your hand and Dana White puts the belt around your waist, you understood at that moment, why you have to wake up at 4 o’clock in the in the morning.” The grueling early alarms, the 5AM workouts, it’s all about chasing that feeling — which is why discipline is so important.

The latest challenge, as noted, is Lins. A former PFL champion, having won a million dollars in the league’s inaugural season. He’s welcoming a newcomer, but that’s not something he really cares about. “First of all, it’s up to UFC. I never pick my opponents. I just want to fight in general,” Arlovski told reporters present.

Lins is someone ‘The Pitbull’ is fairly familiar with, mind you. They do have a history, at ATT, where both men have trained. “Some people are definitely not happy, from ATT’s standpoint, and Philipe. But this is nothing personal, this is business,” said Arlovski.

“I had a couple sparrings in the past couple years [with Lins],” he explained. “But lately, I asked him when he was in the PFL, I asked him ‘what’s your plan?’ He said ‘I want to be in the UFC.’ When I went back to the gym and asked ‘what’s up, did you sign with the UFC?’ he said ‘Yes.’ I find out a week later we’re fighting each other.”

So be it. Andrei Arlovski is not one to pick and choose opponents, as he made clear. He’s also not overly impressed, it seems, by the money newcomer Lins has been able to make outside the company.

As for the keys to his longevity, the long-serving heavyweight said that “I’m a lucky person, first of all my wife lets me do what I love to do.” Beyond family, “I’m around people who have passion in mixed martial arts, in general.” That includes his coaches and teammates at ATT, of course. And finally, “I love what I’m doing.”

Watch the full media scrum with Andrei Arlovski from UFC Norfolk above! 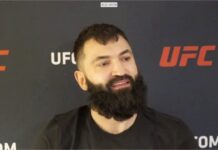 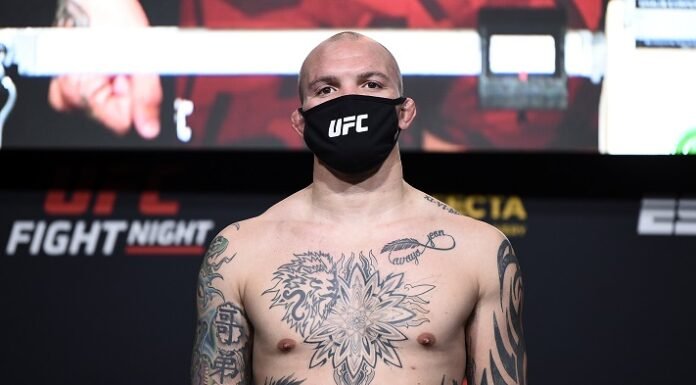