Former strawweight title challenger Karolina Kowalkiewicz entered UFC Auckland at a crossroads. On the worst skid of her career, a loss against China’s Yan Xiaonan would mark her fourth consecutive defeat — and perhaps even send her packing from the promotion.

A win over Xiaonan, undefeated through four UFC bouts, would instantly turn her fortunes around. But Xiaonan had proved in wins over the likes of Viviane Pereira and Angela Hill that she was no pushover.

Both fighters got off to a blistering pace, with Yan Xiaonan mixing in kicks as well. Xiaonan backed Kowalkiewicz up with a side kick and was successfully keeping the pressure on her Polish opponent. Xiaonan initiated a clinch then a trip takedown. Kowalkiewicz eventually worked her way up and another exchange on the feet occurred before the end of the round.

Xiaonan continued the onslaught in the final round. Combinations were landing with ease as Kowalkiewicz was leaning back against the fence. A beautiful side kick to the face landed for Xiaonan then a takedown. Kowalkiewicz countered with a heel hook that Xiaonan broke free of after about a minute. Xiaonan landed another takedown but Kowalkiewicz was able to reverse position with little time left. An excellent performance for Yan Xiaonan who is now 5-0 in the Octagon. 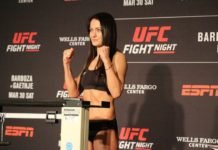 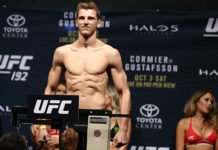