Competing next month is a young Canadian prospect out of Gatineau, Quebec, in Zackery Powell. He fights March 8 at PFC 13: Unfinished Business. Looking to move to 3-0 professionally he’s set to take on fellow undefeated fighter Adam De Freitas (1-0).

Powell had an impressive amateur career prior to signing with TKO MMA, the leading promotion out of Quebec. He heads to Ontario this time out — and it’s a great time to get to know this lightweight prospect.

First of all, how did you get into MMA?
I got into MMA at the age of 15 years old. But ever since the young age of 12, when I saw GSP fight at UFC 100, I knew I wanted to try MMA someday. So knowing this, my parents signed me up in an MMA gym for my 15th birthday. Even though my mom was really hesitant, she let me try it out and I fell in love with the sport instantly.

Do you have any background in any other sports? If so, explain?
I do! I played Hockey at the highest level possible from the age of 10 to 17. During high school, I was enrolled in a program where I would have my studies in the morning and I’d play hockey in the afternoon. At the age of 17, I played a half-season. I was so focused on MMA though, I quit hockey and decided to focus on getting my 1st amateur MMA fight.

What do you do for work or would MMA be your full-time job?
I consider MMA to be my full-time job and I work as a waiter on the weekends to make ends meet.

Who are you currently training with and who are some of your main sparring partners?
I currently train at Evolution HQ under Vincent Houle and Patenaude Martial Arts under Sifu Patrick Marcil. My main sparring partners would be Julien Leblanc (5-1, fighting for BFL title), Isaac Blais (2-0, also on next BFL card), Kevin Bastien (trains under the legend Jean-Yves Theriault), and Serge Dancos (1-0). I also get the chance to spar with UFC’s Marc-André Bariault and the King of Lethwei, Dave Leduc!

What are your favorite striking and grappling techniques?
For striking, I love closing the distance with my right hand and countering with hooks. I’m a big believer in the in-and-out system, dealing damage while taken none. For grappling, everything that has to do with back control is my favorite.

You’re set to fight Adam De Freitas coming up. What do you think of him as an opponent and how do you see this fight playing out?
I have the utmost respect for Adam. He had a decent amateur career, he’s one of Ontario’s finest prospects and fights to finish. I’m excited to test my skills against a guy like Adam. He’s a tremendous grappler. He likes finishing guys off of his back. That being said, I think it’s a bad game plan going in against a guy like me. I’m extremely comfortable on top, throwing ground and pound from the guard and I’m extremely hard to take down. I will have the advantage in the athleticism department and I plan on using that by making it a gritty and uncomfortable fight for a technician like Adam. It won’t be pretty, but it won’t be 15 minutes. 2 rounds or less.

You’re still so young in your career so where do you see yourself in three years?
Three years from now I see myself entering a major promotion, such as UFC, Bellator, PFL or One FC. By the age of 25, being able to do this full-time without having a job on the side would be great too.

For the fans that’s never watched you before what would you tell them to expect when you are in that cage?
Expect the unexpected! I fight to finish, I also fight to entertain. My goal is to have the fans wanting to see more of my fights and to follow my career.

If you weren’t fighting today where would you be?
I honestly have no idea. Fighting is my identity. I don’t see myself doing anything else. If I was forced out of MMA, I would probably focus on BJJ or on teaching.

Last question. Why do you fight and who do you fight for?
I fight because to me there’s nothing more real. It’s as real as it gets. It’s a sport where your success depends on yourself and I like that. I fight for myself, anything in life you invest most of your time into should be for yourself and not to please others. Sure there are people I don’t want to let down, but I know that the important people in my life will stay by my side through good times and bad. 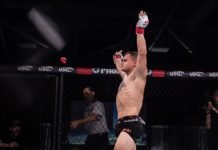 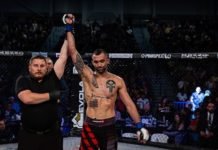