It has been just over a year since we last reported an update on the curious case of Cedric Marks. Yesterday, February 11, his wife Ginell McDonough plead guilty to ‘harboring a felon’.

Marks was a regional professional fighter with almost 60 fights to his credit, including some big-name opponents like Yves Edwards and Travis Lutter. Marks even held victories over Josh Haynes and Thomas Gifford, who are now veterans of the UFC.

His career ended unceremoniously after posting a 1-6 record across six years. He finally called it quits in September of 2018 after competing for 20 years. When a journeyman fighter walks away from the sport of MMA, they are seldom seen or heard from again – that is, unless the body of their ex-girlfriend and her friend are found dead.

After their disappearance, Marks was the prime suspect for a number of reasons, one being a restraining order that forbade him from all contact with one of the murder victims, Jenna Scott. Scott and her friend, Michael Swearingin went missing on January 3, 2019 and their deceased bodies were found just days later after an accomplice of Marks, Maya Maxwell, told authorities where the bodies were buried. Maxwell confessed to moving one of the victim’s vehicles from the crime scene in an attempt to evade police detection and may have helped dispose of the bodies in Clearview, OK.

The spouse of Cedric Marks, Ginell McDonough, was accused of helping Marks and Maxwell evade capture by letting the pair stay at her Michigan home just days after the murder. She has finally pleaded guilty to ‘harboring a felon’ according to KCEN (NBC 6 in Temple, TX). She will be sentenced in November and faces up to 9 months in prison. According to her attorney, Michael Oaks, her defense team is seeking probation as punishment for her part in covering up the murders of two innocent people. 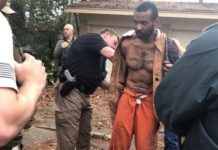 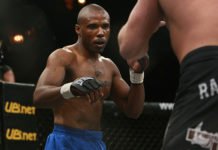