Former UFC lightweight and welterweight champion B.J. Penn was transported to hospital following a single-vehicle crash in his native Hawaii last week. Now, he could be facing charges.

Big Island Now reported Tuesday that the troubled Hall of Famer is being investigated by Hawai‘i PD after he lost control of his vehicle, a black Toyota Tacoma pickup, and flipped it near the Prince Kuhio Plaza in Hilo, Hawaii. Penn resides in the city.

The crash took place on February 7, reportedly after Penn left the Lava Shack — the same bar Penn was at during an altercation last summer, one of two incidents that cost him his spot on the UFC roster.

Penn, 41, had been linked to a fight with Nik Lentz at UFC Boston prior to those incidents. The struggling legend, 16-14-2, has not won a fight in a decade, with his last victory coming against Matt Hughes at UFC 123 in 2010. Despite a seven-fight losing streak, UFC President Dana White had signed off on one last bout for Penn — prior to video surfacing of him being knocked out outside the Lava Shack. That, and an altercation outside a strip club, sealed Penn’s fate with the promotion.

White would come out and declare that Penn was released by the UFC the following month.

All this adds up to a rather troubling picture. Penn’s condition following the February 7 crash is not currently known, other than he was transported to hospital. Due to a change in Hawaiian law, a blood alcohol concentration (BAC) test was not performed on Penn prior to him being taken from the scene for medical treatment. The new law states that in cases of a single vehicle crash where the driver requires medical attention, his health supersedes the need for any roadside blood alcohol test.

However, the Hilo Medical Center where Penn was treated reportedly reached out to Hawai’i police with the results of blood tests performed there.

Penn last competed in the UFC back in May, losing a unanimous decision against Clay Guida at UFC 237.

Update, 2/12/2020: Hawai’i PD media relations officer Alan Richmond provided a media release in response to our query regarding the investigation into B.J. Penn.

Hawaiʻi Island Police are investigating a one-vehicle accident that occurred on (February 7) at about 7:39 p.m. on Highway 11 in Hilo.

Police found a black Toyota Tacoma truck registered to M S Petroleum, of a Puueo Street address in Hilo in the embankment area against two poles on the Prince Kuhio Plaza property.

Investigation revealed a sole occupant and operator of the truck, later identified as Jay Dee Penn of Hilo. Jay Dee Penn is also known as “BJ Penn” the UFC hall of fame champion. Penn was injured and taken to the hospital for immediate care, which was paramount for his safety.

Included with the traffic investigation there are several cases that include operating a vehicle under the influence of an intoxicant, consuming or possessing liquor while operating a motor vehicle and inattention to driving. When the investigation is completed it will be routed to the Office of the Prosecuting Attorney for screening and potential charging.

Hawaiʻi Police are committed to protecting the roadways and keeping drivers safe. 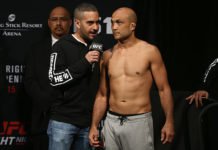 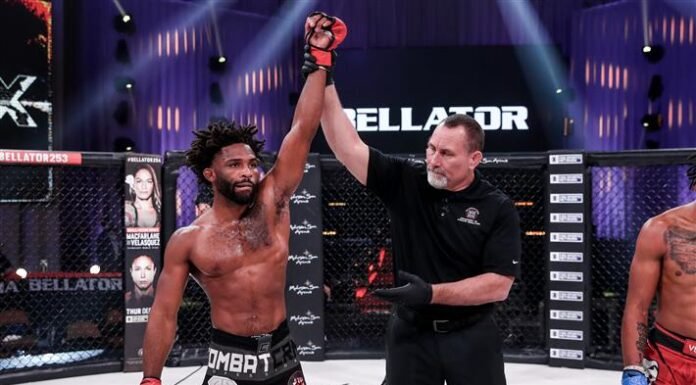