Dada 5000 is best known for being the main character in the documentary “Dawg Fight,” as well as for his Bellator 149 brawl with the late Kimbo Slice. The fight with Slice was notable for Dada being rushed to hospital after the bout, allegedly having two heart attacks in the cage, and remaining hospitalized for weeks afterward. However, the loss would soon be turned into a no-contest following a drug-test failure from Slice. Dada 5000 would not be seen in the public eye for some time following the bout.

Last April Dada reemerged, and made the jump from promoting backyard fights to fights in a cage. Bare Knuckle Boxing has become something of a popular combat sport since its legalization in Wyoming in 2018. Dada 5000 launched BYB Extreme Fighting Series last April, another upstart Bare Knuckle organization. The promotion notably debuted the triangular “trigon” cage at the event, which has been proclaimed as the smallest cage in combat sports. Their first event was held in Wyoming, and after a year hiatus, BYB is back.

This time, the card is set to go down in Dada’s backyard of Hollywood, Florida. Taking place at the Hard Rock Casino, as of right now there are only two fights confirmed for the card, although Dada told Cageside Press that the card will likely be finalized this week with ten fights for the event. The main event for the card features Matt “The Attack” Kovacs taking on PFL veteran Muhammed “Mo Muscle” DeReese. The co-main is expected to be a showdown between Mike Trujilo, against Matt Delanoit. Trujillo and Delanoit both fought on the first BYB card as well.

The card is expected to be broadcast on PPV. In a statement to Cageside Press Dada 5000 said of the card: “It’s game over for the rest, the best done linked up with the best! On March 7, we will put together the greatest Bare-Knuckle show on Earth.” 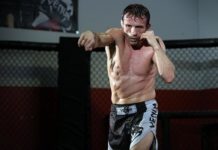 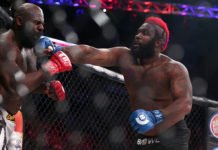 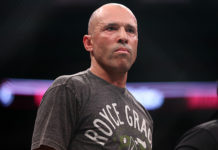