DWCS alum Daniel Rodriguez will be stepping up to replace Ramazan Emeev against Tim Means on February 15 at UFC Rio Rancho.

The UFC has removed Ramazan Emeev from UFC on ESPN+ 25 on February 15 for undisclosed reasons and it has been confirmed that Dana White’s Contender Series veteran Daniel Rodriguez will be stepping in as he makes his UFC debut against Tim Means.  The fight will be in Rodriguez’s adopted backyard as he currently trains in the MMA hotbed in Albuquerque.

Rodriguez, 10-1, had put together a four fight win-streak heading into his DWCS bout last July where defeated Rico Farrington by unanimous decision.  Though White praised his performance, Rodriguez was not awarded a contract.  Fighting out of the BMF Ranch in New Mexico, “D-Rod” fought mostly in Combate Americas where he posted a 5-1 record and fought previously in Bellator and for CXF.  He most recently fought for black-tie MMA promotion SMASH Global in December where he defeated Quinton McCottrell for the vacant welterweight title.

UFC veteran Tim Means is coming off a first round guillotine submission over former title challenger Thiago Alves.  Means has been part of the UFC since 2014.

Taking place in Rio Rancho, New Mexico, UFC on ESPN+ 25 is set to feature the rematch between top light-heavyweight contenders Corey Anderson and Jan Blachowicz as well as a welterweight clash between Michel Pereira and Diego Sanchez. 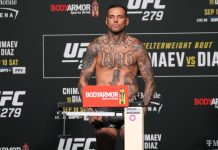 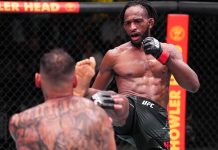