Sean Brady vs. Ismail Naurdiev is a go for February’s UFC Norfolk.

Following a report last month by The Score’s James Lynch, Sean Brady vs. Ismail Naurdiev is official. On Friday, UFC officials announced the fight, which will be part of February’s UFC Norfolk Fight Night event. The welterweight contest sees Naurdiev looking to make it two in a row, while Brady will look to continue his unbeaten streak.

Brady (11-0) joined the UFC after appearing for the likes of LFA and Cage Fury, the latter of which he claimed welterweight gold in. Making his debut at UFC Boston this past October, Brady earned a unanimous decision victory against Ultimate Fighter 11 winner Court McGee.

At UFC Norfolk, Naurdiev (19-3) will look to build off a win over Siyar Bahadurzada in his last bout, at UFC Copenhagen back in September. The followed a loss to Chance Rencountre in his previous outing. Overall, ‘The Austrian Wonderboy’ is 2-1 inside the octagon.

With the addition of Naurdiev vs. Brady, UFC Norfolk breaks down as follows: 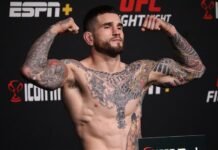 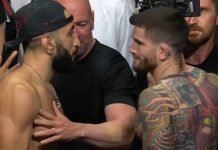 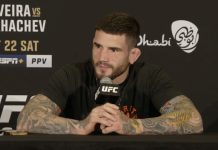