UFC VP of Athlete Health and Performance Jeff Novitzky feels we live in a “more and more” contaminated world, so you can expect more cases like that of Nate Diaz.

New York, NY — The UFC has “a lot of confidence in this threshold issue that we’re putting forward,” Jeff Novitzky, UFC Vice President of Athlete Health and Performance, said Friday. That “threshold” issue — mainly, low levels of banned substances turning up in athletes’ drug tests, which indicate contamination rather than intentional use — is what nearly derailed the UFC 244 main event.

While the show will go on, a positive drug test from Nate Diaz — an avowed Vegan who is as pro anti-doping as they come — caused a minor panic ahead of the fight.

Novitzky, a former agent for the U.S. Food and Drug Administration who investigated steroids in pro sports, is the UFC’s go-to guy for all things doping. And in talking about the threshold issue and Diaz, he feels that “this is exactly what you don’t want to do: punish someone and stop someone from fighting when they have ultra-low levels.”

In describing Diaz’s test results, Novitzky, quoting USADA scientists, said there was “unequivocally no performance enhancing benefit” to the levels of LGD-4033, a banned SARM (selective androgen receptor modulator), found in his system.

Neil Magny, another UFC welterweight, was found to have similar levels of the same substance in his system. He was recently cleared of wrongdoing as well. The problem, in the Diaz case, is that from an outsider’s perspective, the whole process — from Diaz revealing his positive test, to being exonerated by USADA — felt rushed to save the UFC 244 main event. If not worse.

Novitzky, however, insists that “this wasn’t treating Nate special because he’s the main event for the BMF belt.”

“If anyone’s criticizing us for all hands on deck, getting this done quick for a main event fight, okay, bring that on,” he said Friday. “That’s just a reality. But every other fighter on the roster is going to get our help and our services just like we did with Nate in this case.”

That includes the possibility of being retroactively cleared, something the UFC’s Anti-Doping Policy allows under its guidelines. Essentially, said Novitzky, there’s a clause that “gives you the benefit of any rule changes retroactively. So that’s a possibility.”

It’s just a matter of timing. “It’s difficult, but we’re acting as fast as we can. I know it’s cliche, but it’s true: we go on the best science available at the time. Two or three years ago, we didn’t have the science,” he said. “And that’s what we’ve been doing over this last year.”

To those still believing that the fix is in and Diaz was given a pass to save the UFC 244 card, Novitzky also pointed out that “I think I first spoke about the issues with the thresholds publicly when I did [Joe] Rogan last December. So again this is no secret, for those of you thinking that, this is not because this is Nate Diaz and the BMF title. This was in the works for almost a year now.”

WADA, said Novitzky, whose standards USADA employs for the UFC’s Anti-Doping Policy, have been trying to get a handle on the thresholds issue for the past year, but “they haven’t come to an agreement yet,” he added.

“We basically said ‘look, we can’t wait any longer. This is absolutely the right thing to do. We’re seeing this more and more.'”

As Novitzky put it, “we live in a more and more contaminated world. We’re going to continue to see it more, and we needed to do something immediately.” 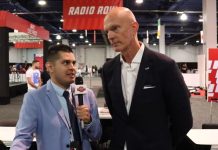 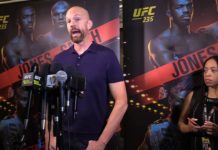