Bellator: Dublin and Bellator 227 offered a double bill from the 3Arena in Dublin, Ireland on Saturday. While the Bellator 227 main card would air on Paramount Network for fans in the west, Bellator: Dublin could be streamed for free on the Bellator App. Topped by a main event featuring James Gallagher vs. short-notice replacement Roman Salazar, the event also brought with it some preliminary fights that could be streamed by fight fans tuning in early.

Among the early fights to take note of, UFC alum Richie Smullen continued his journey. The SBG Ireland fighter was paired up with BAMMA vet Sean Tobin. And a women’s strawweight contest saw Danni Neilan take on Camila Rivarola. That fight stood out simply due to Bellator not currently operating a 115lb weight class on a regular basis.

Tune in to watch the official Bellator 227 / Bellator: Dublin preliminary card live stream below! The action kicks off at 11:45 AM ET. 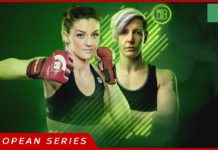 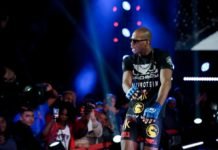