Erik “Goyito” Perez has signed a new multi-fight contract with Bellator MMA where he becomes an immediate player in their bantamweight division.

UFC veteran Erik “Goyito” Perez announced on Tuesday that he had signed a new deal with Bellator MMA.  He enters their bantamweight division at an exciting time as the top contenders are all vying for a shot at cross-promotion champion Kyoji Horiguchi.

In 2017, Perez had signed a multi-fight deal with Combate Americas.  The two appeared to have a good relationship, with the company signing both of Perez’s brothers to contracts as well and having him also work as an on-air analyst.  However, the two-sides appeared to have a falling out late last year.  Neither side has commented publicly on the matter, but Perez memorably threatened retirement in the cage and no mention has been made of Perez on their broadcasts despite the promotion now having a bantamweight champion.

“Goyito” is best known for his nine fight stint in the UFC where he was regarded as the top Mexican ambassador for the promotion before the arrival of fighters such as Yair Rodriguez and Alexa Grasso.  Perez went 7-2 and notably served as an analyst on the UFC’s Spanish broadcasts on FOX.  Despite having been on a three fight win-streak, Perez made the decision to sign with Combate in 2017.

Perez arrives in Bellator as an immediate breath of fresh air in a division that has been seeking fresh competition.  He is also positioned to shake-up the title picture upon his debut.  Former champion, and Perez teammate, Darrion Caldwell is set to compete in the Featherweight Grand Prix later this month along with top contender Juan Archuleta.  While there’s obviously no guarantee that both men will have a deep run, it does open the door for Perez to stand out if the other players at 135 are preoccupied elsewhere.  Furthermore, Bellator President Scott Coker has mentioned the possibility of Horiguchi defending the Bellator title before next summer.

No date or opponent has been set for Perez’s debut as of yet. 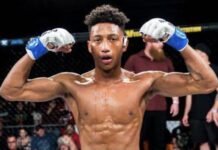 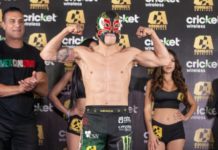 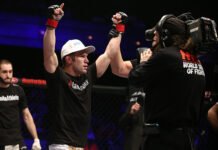