Cory Sandhagen catapulted himself to the bantamweight title picture with a win over perennial top-five contender Raphael Assuncao at UFC 241.

Anaheim, CA – Cory Sandhagen defeated the incredibly tough Raphael Assuncao decisively to prove he’s in the title mix at 135 pounds. UFC 241 was Sandhagen’s fifth appearance in the Octagon and he’s had a meteoric rise to the top of the division.

“I hope I got to prove to everyone how good I really am. I wasn’t afraid to wrestle with him. I wasn’t afraid to grapple with a world champion. I fight very free, and I hope everyone took notice of how actually good I am everywhere. I’m not just this tall, skinny guy that just controls the range really well. I can do everything.”

When you’re rising through a division as quickly as Sandhagen is, confidence is important. However, the bantamweight keeps himself honest and understands who is the best of the best.

“It’s nice to live in your delusion, and sometimes it’s better to live in your delusion for a little bit, until maybe it gets proven right. But no, I’m never sure about myself. I live in the real world. I have a very honest opinion about fighters and assessments about fighters and where I am in the sense of myself and what I’m good at and what I’m not good at. Did I know I was that good? Yes. Did I know I could put on a performance like that? Yes. Was I sure that it was going to go as smoothly? No.”

The bantamweight title picture is getting packed with Aljamain Sterling, Petr Yan, and now Cory Sandhagen vying for a shot at Henry Cejudo. With respect to the other contenders, Sandhagen believes he’s the only one who could be the champion.

Now Sandhagen is playing the wait and see game as far as the title picture goes, but for now, it’s time to kick back after scoring a win over a top-five fighter.

“I don’t know what they’re going to do. After a fight, I try to relax my mind. I try not to focus on who I’ll fight next because that would just drive me mad. You have about a month or two to relax your mind. I’m not going to think about it too much. I’ll put my agent on it. Like I said. Whenever the UFC wants to give me the belt, I’ll take it.”

Check out the rest of Cory Sandhagen’s UFC 241 post-fight scrum above! 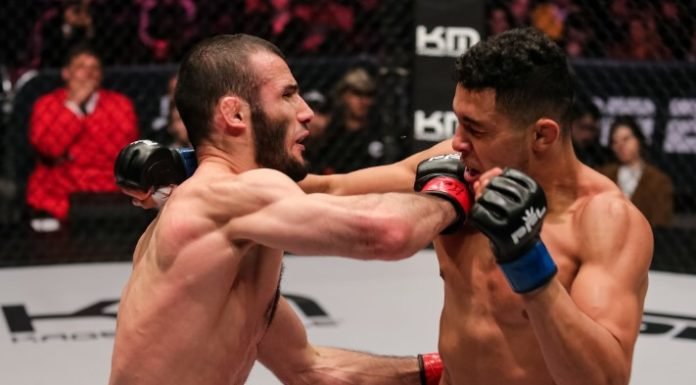