Not yet willing to move on from his fighting career, B.J. Penn will return to the octagon against Nik Lentz later this year.

While most fans would rather see B.J. Penn anywhere but the octagon, it appears Dana White has had a change of heart on letting the Hall of Famer compete again. During UFC 240’s fight week, news broke (originally by TSN’s Aaron Bronsteter) that Penn would take on Nik Lentz, at a date and venue yet to be made official. Both UFC 242 in Abu Dhabi, and UFC 244, have been suggested.

The return of the former two division champ, however, isn’t exactly being met with open arms. Penn (16–14–2) is the very definition of a fighter unwilling or unable to walk away from the fight game. The Hawaiian legend has not won a fight since 2010, is mired in a seven fight losing streak in the UFC, and is 1-9-1 dating back to 2010. One win in nearly a decade.

That’s a long fall from his heydey, where Penn claimed both the lightweight and welterweight titles in the UFC, in separate reigns.

While Penn looked marginally better against Clay Guida at UFC 237, there’s a question of whether even that would be enough against Lentz. Lentz (30-10-2, 1NC) is 2-2 in his last four fights, most recently being submitted by Charles Oliveira at UFC Rochester in May.

However, there’s been bad blood between Penn and Lentz for years. And grudge matches generally sell. 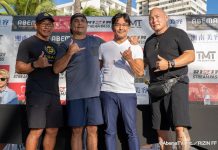 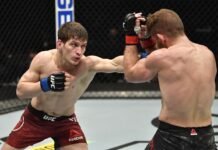